When considering employee monitoring at its most basic level, it is about making sure that the team hired is committed to working and is living up to the standards of the company. With a small setup, this can be quite easy however it can also leave you to become less aware of the actions of your employees as the business slowly starts to grow.

When such instances take place, many companies prefer to opt for monitoring at the workplace which is a way through which they can keep an eye on their staff. However, when such practices are used, there are differing levels of transparency when such practices need to be communicated to employees, raising questions, how much the employees know already with regard to the practice and how they feel regarding them.

A research team from the TechnologyAdvice recently conducted a survey throughout the nation which targeted workers employed in an office and were aged between 25 and 54. The results from the survey showed that employees are most comfortable with normal monitoring practices being used such as those of computer tracking and internet logging.

However, with respect to the monitoring of cell phones, most showed discomfort. A number of people were also found to be unaware of the policies employed at their workplace and suggested that they may also be disengaged with other work related aspects as well.

Some of the results from the report showed that around 53.1% of employees were aware that their use of computer was being tracked by the company; 35.7% didn’t know the monitoring policies used by their employers; 64.3% said they would be uncomfortable if their employer  would be monitoring their use of cell phones during work hours and lastly 5.9% were reported to have been questioned by a manager regarding the use of cell phones and that the tracking of cell phones was one policy which was likely to make them feel most uncomfortable.

Such a disconnect is likely because companies very rarely take out the necessary time to explain to the employees just how the monitoring of cell phones works. The main aim of cell phone monitoring is to keep the data and files of the organization private whereas the perception which most employees have is that it is used by the IT department to read their personal messages whereas this isn’t true to any extent.

Having a transparent workplace as well as good and clear communicates between the employer and the employee can help in clarifying such issues and is exactly what every company should strive for. When employees are included in the process of decision making, they are likely to have lesser misgivings regarding policies which include the monitoring of data. This is because, at the end of the day, there is no point in forcing employees into accepting rigid policies if it is only going to lead them to want to work elsewhere. When such policies are drafted, workers should always be kept into account and along with the kind of environment they would need and require fostering. 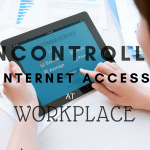 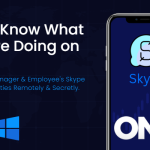