Obviously, TheOneSpy believes in customers satisfaction and as well as in customer’s loyalty. That’s why we wholeheartedly listen carefully to what the customer has to say when they find any difficulty or an issue while using the world’s best cell phone parental control app for Android. The customer care representatives always ask questions in a concerned and caring manner whenever you have not able to use any one of the features of cell phone monitoring software. No matter what if the issues you are facing are at the user’s end and most of the time it is. It happens most of the time when you are trying to do too many things at the same time while using Mobile phone spy software for android and you forget to give enough attention to perform the basic principle to process any feature. Today, we are discussing the issues you have had or you are running with while using camera bug of the surround monitoring.

Bug sent & not yet received by the target device

Reason 1: Internet might be not live in that particular time period

Reason 2: it is possible that the camera bug feature could be on “OFF” mode into the dashboard.

Solution 1: You have to have a stable internet connection on your target device.

Solution2: You can visit control panel settings and get to know either the camera bug is “ON” or it is “OFF. If it OFF then makes it “ON”.

Processing: Bug accepted and in process

A user has created a camera bug and sent it on the target cell phone device by choosing the front and back camera. Finally, the bug has received on the target Android mobile phone, but it is still in the process.

Reason: camera bug is in the process sometimes by default or it may happen due to a limited internet connection.

Solution: You may have to wait until it gets precede and you finally got the file or make sure target device have a stable internet connection.

A user has created a camera bug and then sent it to the target smartphone by choosing the front and back camera and target device has received the bug, but the process goes on pending.

Reason: the bug has received & suddenly internet goes off

Solution: Make the internet to stay active on the target device.

Failed Resources are busy with another app

You have created a camera bug and then deliver it to the target cell phone device by choosing front and back camera. But it doesn’t proceed at all.

Reason: bug doesn’t process because of the already engagement of the front and back camera of the target device. Probably front and back camera are engaged with the social messaging apps such as WhatsApp, Facebook, Snapchat and plenty of others alike.  Therefore, camera and MIC of the target device are utilized by the messengers and don’t let your camera or MIC bug to process on the target device. Moreover, it may seem target device have not engaged with resources, but in fact, it may take several minutes to release you target mobile phone camera and MIC at the back end. However, mobile phone spy software also runs at the back end that ultimately creates a clash with already proceeding apps with the camera and the MIC and user won’t able to perform camera or MIC bug at all.

There are following possibilities that don’t allow processing the bug that you have created.

Solution: Simply, users have to wait for a while or you should try camera bug back and forth. Moreover, target device needs to be charged, the target device should be “ON” and last but not the least don’t use video bug in the presence of camera bug.

You have created a camera bug of front and back camera and then sent it to the target mobile phone of android and it is received, but during the process, it is interrupted but you have got a file on the control panel.

Reasons: You have sent the camera bug, and during processing, internet interrupted on the target device.

Solution: Obviously, target device a stable internet connection, or you have to wait, until the target person again connects the device with the cyberspace.

User most of the time got confusion and try to use both camera bug and video bug at the same time. That is not possible by default!  So you can use one at a time it can be a camera bug or VidCam bug. 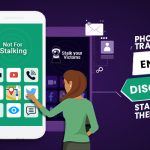 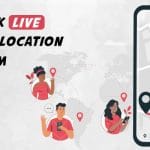 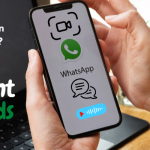 How To Spy On WhatsApp Messages With 4 Efficient Methods? (Updated)