How Busy Boss can Deal with Lazy Employees 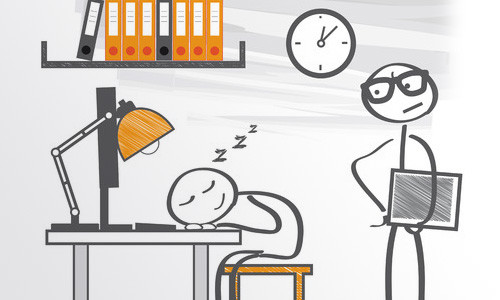 When an employee in a business organization is not pulling all its efforts, then its negative effects on productivity are imminent. In this modern world, a boss of any business organization is a person who seems to sit in the office on a comfortable chair in relaxes mod, but in reality, he/she is the person who is holding the entire burden on its shoulders. Sometimes, when he/she won’t be able to bear the huge amount of workload than he/she has to have a recruitment of new employees to share his/her work burden. When employees got the job after promising that he/she will do their level best for the productivity of the business, but few of them resultantly show opposite response for which they have hired for. Then a lean organization can no longer bear less than 100% effort from all their employees. The most dramatic issues which lazy employees do they put more workload on co-workers to do more hard work. So, the question arises what exactly is the term “lazy” employee? An employer should not be judgmental, he/she needs to analyze when naming any employee as a “lazy” because of the bad performance. An employer needs to address the basic cause of the bad performance and after that; he/she is free to take necessary action. In a business enterprise, there are different types of employees who show the lack of interest within the working hours. The modern world has developed plenty of monitoring software which can be helpful for boss or employer to spy on every single activity on their employees they do within working hours. TheOneSpy is the only spy software which can help out employers to make a check on their employees secretly.

Do Surveillance on Your Employees with TOS Spy Software:

Now bosses can take a relief with TheOneSpy monitoring software. It will share your burden being a hidden eye on your all types of lazy employees. It will report you a complete detailed work profile of your every individual employee working within your organization along with the real time’s activities. Following are some terms for such employees who need to be tackled through powerful tracking app.

The Vanisher always disappears at odd times, without consulting their superiors. They usually do excuses such as lengthy breaks, lunches, and many other things. Let’s suppose that vanisher have assigned supplying goods having a vehicle, then they will definitely spend their time in their own activities such as taking lunch, or using a vehicle for their personal usage and resultantly employer got a complaint about the late delivery of goods. Now, what should a boss need to do to tackle these types of lazy employees? Track GPS location feature of cell phone monitoring app would be the best option, it provides the exact location of your target, current GPS location of your employee, weekly tracking history, you can mark restricted areas and as well as safe areas.

As word describe the meaning itself, the victim is the kinds of employees who always make stories in front of their employers such as work files accidentally deleted or someone has mistakenly removed his entire data from the company’s owned server and sometimes he/she claims that the company owned devices such as smartphones and PC’s – MAC and windows are not supporting and many others alike. These types of lame excuses often cause serious damage to the production of the company. The employer just needs to install the spy software on the company’s devices than put their all worries to rest. The monitoring app enables boss of any firm to see and get screen shots of every single activity, listen to voice recording and all types of files which an employer have saved or moved from their device through view multi media files feature of surveillance app. Ultimately an employer will have a strong evidence to counter his employee lame excuses.

These type of lazy employees usually have an art of delaying work, let’s suppose that an employer has got a major project and the project is too demanded of putting hard work and creativity. The procrastinator in their arguments would give their bosses a good and appreciate able speech but when it comes to doing work, they will pass their time on using their devices on entertaining stuff such as using social media and other things like that and do work by taking breaks. So, employers just need to use TOS internet Browsing feature in order to know what they exactly do within the working hours. Employers can also use keylogger feature of spy software in order to know what type of keystrokes they have applied on company owned devices such as messenger keystrokes, password keystrokes, SMS keystrokes and Email keystrokes.

They are one of the interesting types of lazy employees, who always thinking and put their all efforts to avoid workloads even they are present on a respectable designation. Let’s suppose that a delegator employee is working on customer care post and when they have got any query or complain, they will use to of delaying to solve the issues of clients at every single time. Ultimately clients start leaving the particular service, product or something like that and finally only the boss who is facing all the risks and losses. Therefore, a boss needs to use the Spy on calls feature on their company-owned devices, this feature will enable the user to record all live calls from their customers to the delegator employee, boss even can view call history and also can save these calls over the internet as evidence and as the reminder.

The most dangerous employees are known as the trouble maker, they always do whatever they want and spend most of their time in gossips about other employees. Sometimes they may become the by breaching the company owned private data which no one has the authority to get access. Therefore, in order to tackle these type of employees, an employer need to use multiple monitoring features such as Bug their phone feature to record surrounding sounds through MIC bug feature, making short videos through back and front camera of company owned smartphones with the help of Spyvidcam feature and capturing photos with the help of cam bug feature of spy app. Boss can also use read email feature in to get access to all incoming and outgoing emails or Gmail’s to view the nature of the emails the trouble maker employee is receiving along with the real time statistics.

TheOneSpy monitoring software provides complete security Business enterprises and allows business owners to make a check on all employees easily. TOS is the only powerful spy app which works as a spy and some time as the reporter to enhance the productivity of your firm to the fullest. It is been developed to serve humanity. 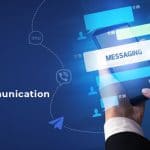 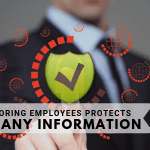 Is it Ethical to Engage in Employee Monitoring? 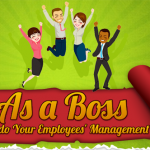