You know why it is important to have TOS Skype spy in order to monitor the activities of young kids and teens. Because! Skype is a social networking application. It enables its users to make calls, Voice calls, when connected to the internet. The services have offered to the public all across the globe is totally free of cost, but internet connection is necessary for the users. Traditional calls through smartphones and by using the landline phones require credit in your particular phone device in order to perform activities such as text messages, phone calls, SMS, MMS and Voice messages and plenty of other stuff.

On another hand Skype messenger enable a user without paying a single penny, a user can do chats, group chats, Voice messages, calls, video calls and conference calls, instant messages, archive transferring and VOIP calls (Voice Over Internet Protocol). Since the Skype has gained its popularity among the masses; it is facing a huge criticism over its vulnerabilities for young kids and teens.

An example of Skype Dangers

It is reportedly stated that 10-year-old young girls were chatting with friends on instant messaging app Skype regarding the experience of the 1st day at school and the homework which they have got. It is the daily routine habit, that young student’s login on the social messaging app Skype which allows users to do chat, group chat, calls and instant messages. On Sep 1st she and her friend were chatting on the messenger, she suddenly a request from an unknown user and she did not bother to realize that that actually the person was! She accepted the request, having in mind that she is going to talk a school friend from her neighborhood. Once she accepted the received request, a video pops up and naked old man touching himself and also sends abusive and intimate messages to her.

The girl shouted and calls her mother. Mother of the child called the police. The terrible incident is still in process. This incident tells the tale of Skype messenger and every parent has their view point that if this can happen to the young girl than it can happen to anyone by using the social app Skype and via online communication through it. The victim women, whose child has been targeted by an online predator, tells the story to the people living in the surroundings.  Don’t communicate with strangers online on the messengers such as Facebook, Yahoo, Tinder, Line, Zalo, Whatsapp and other alike, she told to her children.

How to protect your kids from Skype Dangers?

Parents got scared when they realize suddenly, that cell phone devices which they have bought for their kids when connected to the internet, become lethal. Then parents need to use the Skype monitoring app in order to keep an eye on their activities which they perform on Skype messenger. The user just needs to install the monitoring app on the target device and then do the magic with it. It enables users to read all chats which took place on the Skype social app. It further allows parents to view the entire contact list along with complete detailed information including every member. Parents can also view and listen to all calls logs and audio and video calls happen on the Skype messenger.

The user can view name and number of the person connected with your child via Skype instant messenger. You can even view chat and conversation along with the complete time schedule and time duration and it even allows parents to view sent or received photos, audios, and videos archives. The Skype spy software is the ultimate tool to track the activities of kids and teens on the messenger.

Parents can view activities remotely from their office and from anywhere else, they will have the complete data of kids and teen’s activities which are stored in the spy app for Skype control panel. It is arguably the best monitoring app for Skype in order to save kids from all online dangers which might become a nightmare in your kid’s life. Before it goes out of control and your child becomes the victim of stalkers, cyber bullies, pedophilias and child abusers. So, track spy app enables you to get rid of all the threats and risks in your kid’s life which they got online via Skype messenger.

The online threats via social networking apps in the lives young kids are rising no time ever before such as Skype messenger. Before, it will go out of control and you will nothing left, but regret. To avoid, all the vulnerabilities, threats and risks get your hands on the Skype monitoring app and protect your child to the fullest. 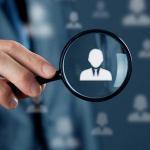 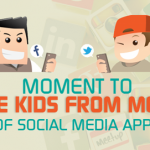 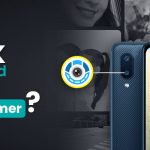 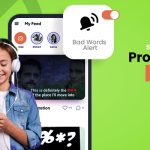 Should Our Kids Be Protected With Profanity Filters Only?