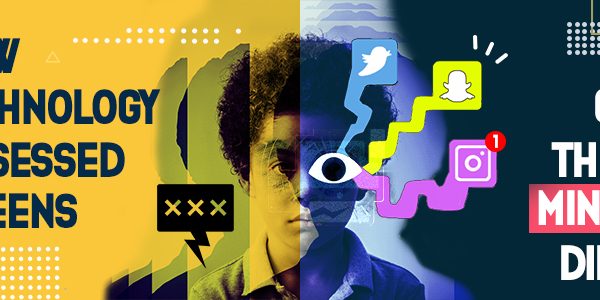 There is a new series of issues are occurring in school going tweens, mental health clinics and religious places across the country talking about tweens obsession with sexual addiction. Today, young tweens are bombarded with the x –rated content and fantasies and parents on the other hand facing swear problems while getting professional help to stop teens to gets their minds dirty. The world has become an increasingly sexualized society where access to sexual activities is a piece of cake. The technology addicted tweens and teens are range from social media addiction to pocket porn resulted in “hook-up” with adults they met online.

When a teen has clear access of cyberspace on their digital cell phones then they can do anything such as they can use social media, use mobile phone browsers to watch sexually explicit content to get their minds dirty. Resultantly, internet sexual content makes them obsessed and it would be very hard for them to break free. Seemingly, the finding someone over the internet for hook –up is never been easier but plenty of dating apps out there that makes it quite easy to find out sexual partner no matter what if they are tweens. The lack of impulse control and excessive curiosity about sex by watching inappropriate content is increasing day by day ends up with the sexual offense and legal issues most of the time.

According to the survey of Common Sense Media & Pew Research center:

Tweens cell phone addiction is on the rise according to the Common Sense media report. Almost 50% of the teenagers worldwide do believe that they are addicted to their digital devices and 78% of teens used to of checking their cellphones at least once in an hour. Additionally, almost 72% of teens got pressure to respond instantly to a text message or phone calls, notifications, and social media messaging. Besides this, the Pew Research Center report stated that 73% of tweens and teens between the ages of 13 –to 17 years old had their personal smartphone devices or had access to one device, and 24% said they are constantly online.

What teens really do on their cell phones: Pew Research Center Stats?

Teens use cell phone devices for making text messages, Voice calls and do many other things to spend time with their significant others.

Occasionally, almost 92% of teens send and receive text messages to their significant others whom they first online and do sexting as well.

Almost 87% of teens spend time with the person whom they met online by using cell phone calls.

Once teens have got engaged with their online partner they decide to meet in –person mostly in school timings of afterward.

70% of teens use social media sites to have chat conversations with someone.

Tweens and teens having their digital devices get involved with the strangers or whom they have been met in real–life stay connected with via text messages, mobile phone calls and in-person meetings after or within the school timings. Teen daters said they use mobile phones and the internet as their best way to gets their minds dirty.

Young tweens girls are more likely to become the target of flirting tactics and get sexually groomed and get their minds dirty.

Stages that make teens get their minds dirty

Tweens and teens do not get their minds dirty at such a young age unless their parents have bought for them personal cell phone device and internet connection. This is the point where teens get started to explore the internet of things. The peer pressure among teens is a huge subject to get involved in cyber –world. Over time they get used to their smartphones and browsing activities and the time comes when they see their friends asking them why don’t you have social media profiles such as Facebook, Instagram,  Snapchat and plenty of others alike. Teens start texting, cell phone calls, and video chat with their friends at school and then the story gets started.

When parents buy the individual or separate mobile device for teens to use it for entertaining and study purposes. On the other hand, teens get encounter with the things which did not aware of before in cyberspace. They do whatever they want and finally, they come to know about the evil of all issues social media.

Teens get started with the creation of social media profiles Facebook, in particular, Snapchat, WhatsApp, Instagram and plenty of others alike. They upload their profiles with photos, videos and then make friends online with whom they have never been met in real-life before. Additionally, when they start social media messaging, chats conversations with strangers at the end of the day they become addicted to digital devices like cellphones, tablets, and pads. They always want to remain online for messaging to their online friends. They encounter online predators such as cyberbullies, stalker and sexual predators who groomed them sexually from time to time and at the end of the day, they get their minds dirty. The social media platforms work as slow poisoning stuff that leads them ultimately to the point where they lost their innocence and get involved in such activities which makes them obsessed with social media.

The third stage of teens to get their minds dirty is the use of online dating apps. When teens get used to social media to share photos, videos in a sexual suggestive possesses and got appreciation from strangers. This is the point where they want to make love someone and they start using dating apps. Before coming to this stage they have online partners but they won’t make their minds to meet them in real –life but few out of hundreds yet do this and often become the victim of stalking and cheating. So, they find online dating apps as the best source to find their significant other. Therefore, they use apps like Tinder and other social media platforms that can be used as dating tools such as Snapchats and many others alike.

How I monitor my child’s phone for free?

Parents can prevent teens to get their minds dirty but they have to track teen’s cell phones whatsoever. However, when it comes to cell phone surveillance for free don’t waste your time and money and get your hands on the best phone tracking software that empowers you to monitor all the activities happen on teen’s cell phone devices. Free mobile phone surveillance tools may lead you to hectic ways. Therefore, simply install the best phone monitoring app on your teen’s cell phone and then you can remotely get to know what kids and teens are doing on their mobile devices connected to the internet.

How do I monitor my child’s text messages?

Parents can do surveillance on text messages sent or received on teen’s smartphones instantly by using text messages monitoring software. You can get your hands on the best messages tracking app using the web. Install it on your target device and when you have done with the installation, simply visit the tool to read the text messages conversations happen on the target phone device. You can even get to know about the time stamp of messaging on the target device. Read the messages conversations and come to whether your teens doing something risky or not.

At what age should I give my child a phone?

If you want to prevent that your teens get their minds dirty and become sexually groomed even before the age of puberty then don’t provide your tweens or kid when they just 10 or 12. It will help you out that tweens will not be able to get their social media accounts at such a young age where stalkers trap them online, they become obsessed with social media, online dating or hookups, and encounter with adult content on their mobile phones.

Should parents monitor their child’s internet?

Is there a way for parents to monitor Snapchat?

Parents can come to know what sort of activities tweens and teens are doing on their snapchat social media account. However, they have to use live snapchat screen recording software to monitor real-time activities of teens on the social messaging app that can be used for dating online. It empowers you to record short videos of the screen in real-time that you can see via its web portal.

How do I manage my child’s social media?

Internet is a dangerous place for tweens and today it is the mother of all evils among children. You can simply set parental control on your tween’s digital devices and get rid of all the hectic ways that we have mentioned in the above-mentioned queries. You can simply set parental control on teen’s mobile phones to prevent tween to get their minds dirty by using technological tool cell phone parental monitoring software. 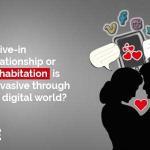 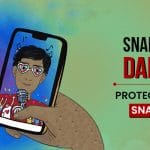 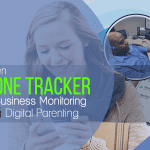 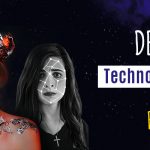