The smile on children faces stimulates a freshness and peace in the hearts of parents. Every parent wants to see their kids and teens to grow in front of their eyes healthy. The responsibility of the parents is that to take care of their children to the fullest. Digital Parenting is said to be the major element in children lives. Today we have to adopt modern parenting techniques to avoid any kinds of vulnerabilities from kids, preteens and from teen’s lives. But when it comes to the challenges parents are facing to set an effective parenting control, parents are the ones who have to figure out what really is going on in their children lives. On the other hand, parents are unaware of the activities children do and what sort of nightmares they may face in their lives due to the modern technological world.

Why is Modern tech-world dangerous for kids and teens?

The tech-world is too dangerous for kids and teens since the invention of the cell phone devices and their ability to connect with the cyberspace. This has put our kids and teens into real danger. Now they can talk to anyone online and do such type activities which parents most of the time don’t have clue. On the other hand, the communication tools running through the internet on mobile phone also has increased the vulnerabilities for the young generation who has obsessed with the online world connected to the internet. Now young kids and teens can do such activities that are not fully protected and they encounter with the several forms of online dangers without having prior information.

Teen’s activities on cell phones: The after effects & solutions

Having mobile phone devices in their hand’s teens usually love to do text messages to their friends via the local network of the smartphone or they use instant messaging apps such as Facebook, Tinder, Line, Vine, Yahoo, Whatsapp, SnapChat, Instagram and plenty of other social media apps and websites. Teens can use these online platforms totally free of cost without spending a single penny. Texting often ends with sexting having the online or real-life relationship with the opposite gender, that could be dangerous and they face serious consequences. Sexting has indulged in the modern young youth who are in the relationship with anyone online. They start spending too much time on sexting and lose their health, mental freshness due to lack of sleep and plenty of other issues. Parents can use text messages spy on kids and teens phone and can view text messages logs and get to know whom teens are actually talking to.

Calls local network and through messengers

Calls are one of the major factors on mobile phones; teens are the ones that do calls by using the local cell phone network and they also do free calls by using the instant messaging apps. They usually make friends online and they get exchanged the mobile phone number and then do regular chit chat and calls on the phones. Teens may get encountered with the stalkers that may harm teens emotionally, physically and sexually. Parents can protect teens through spy on calls or call recorder that enable users to record the lives calls and then save it over the internet. On other hand, parents can record listen all the calls happen through instant messaging apps by using the TOS Spy 360 live surround listening to record lives calls and surround conversations by connecting with the MIC of the target phone device.

Chatting with the online friends is a very common activity for kids and teens they do chats conversations one on one or in groups all day long. Reluctantly, they encountered with the different types of online users such as cyber bullies, sexual online predators and even with the child abusers. These type of evil peoples always in the search of teens and kids and they bullied them online and sexual predators make them friends and then meet the teen in real life to do the fun and even rape them in real life. Parents can avoid these evils by tracking the teens and kids cell phone device by using the mobile phone tracking app. They just need to use the IM’s social media and view the IM’s logs and chat conversations of teens that enable parents to know if there is something wrong.

Sharing media files is also one of the major dangerous activity teens doing online on different social media multiple platforms. They share their semi-nude photos and videos with their online friends that may embarrass them by spreading such a private photos on the digital media apps and websites. Parents can use TOS spy 360 live screen sharing of the mobile surveillance software. It empowers parents to broadcast the smartphone screen of teens on the TOS web portal and the activities can be seen with real-time and parents can do immediate action if something happening so foolish by the teens and kids.

The digital phones allow young users visit the websites on the cell phone browser. They may visit entertaining websites, but there are possible chances for young teens to get their hands on the pornographic material incidentally or willingly. But in both of the cases, they may get obsessed with the carnal content and finally got plenty of health issues such as depression, anxiety and other psychological disorders and weak memory and pay attention to the particular subject. Parents can get their hands on all the visited websites and apps on their phones by using the browsing history of the smartphone spy

program. The user will be able to use all the visited websites and bookmarked websites and then save it over the internet. They can also control the kids and teens device remotely by using the remote phone controller of the best cell phone monitoring spyware. It allows parents to view the installed apps remotely, to block the internet if teens are getting access to the carnal content, block incoming and outgoing calls and even block the text messages remotely.

Teens and kids also believe having hidden whereabouts to spend time with their friends without telling their parents. Finally, they may get used to of substance abuse and plenty of others activities that can put them in real danger. Parents can track live mobile location of kids and teens hidden whereabouts
and the nature of the activities they do secretly.

Therefore, parents can also use such monitoring tool that works secretly and dig out all the rabbit holes. They can use phone spy app on the teen’s device to record the surrounding sounds and conversations by using the MIC bug. They can also use the spyvidcam bug that allows parents to make short videos of the surrounding and parents will get to know what teens are really doing in the whereabouts secretly. On the other hand camera bug of the cell phone tracking program allow parents to capture images and photos of the surrounds to know the location of the teens.

Get something you need! On Coming Black Friday TOS Sale

For Christ sake protect your kids and teens from all online and real-life dangers. Parents should know their role and also get to know the hidden secrets of kids and teens before they go into the wrong hands or direction. Parents are the ones who are responsible for the protection of kids and teens, so they should play such role and set parental control on their children activities when they are using cell phones connected to the cyberspace. Now parents can cash the opportunity on the coming day of Black Friday and get TheOneSpy cell phone monitoring app with 65% discount on its all products and services. The user can get it through coupon code BLKFRIDY.

The superb discount offer for the shortest time spam so gets your hands on the best discount offer of all time the TOS surveillance software has ever offered to the customers. Don’t miss the golden opportunity before it gets expired. TOS is making its contribution on the Black Friday to offer you such a handsome mega discount offer. It enables all the parents to get the best monitoring program for phones. Parents will be able to protect kids and teens to the fullest. Ultimately parents will celebrate up-coming Christmas with kids and teens having a satisfaction in a heart that they have fulfilled their responsibility to the fullest.

Being parents it’s your moral and spiritual duty to safeguard your teens and kids from all online and real-life vulnerabilities. Be a proud parent, rather feelings being guilty and helpless. TOS is always, therefore, you to guide you in the right direction that how to guard your kids and teens and how even a non-tech savvy parents avoid cyber nightmares from their children lives. 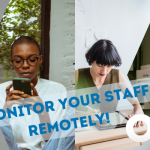 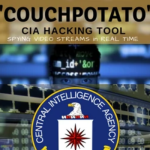