A man with his spouse and three years old kid goes to a digital devices shop and asks the retailer to bring a tablet for his son. The guy on the store politely asks the man how old his son is. The man looks at his face and answers that he is just three now. The guy tells him that you will have to wait for seven years until your child turns to 10. The man and his wife were shocked, and the child also felt sad. When on asking for the reason, the store boy told that your son is just 3, spend time with him, teach him goodness, ethics let him gain happiness before he starts using digital devices and becomes hurdles.

This is what most of the young parents do when their teens ask for toys, tablets and digital devices. No doubt, the conversation and being familiar with technological devices is favorable for the new generations, as the next era will be marked as digital-period, but the young teens and kids at the age of 4-5 can’t be provided with so much stuff to keep themselves busy. This is the time they should be spending with their parents, families, and siblings in order to learn the culture, traditional practices, manners and how to live a life with zero worries. Parents should be sagacious enough to reckon such considerations and take decisions wisely when it comes to buying their teens tablets.

The early age of a child should be dedicated to his raising, spending with parents, being educated in excellent manners and schools. As a teen grows, he/she should be provided devices that don’t keep him/her so much busy all the time and are used just for fun and entertainment.

Furthermore, when a teen is handed such a digital devices, parents should be careful about multiple factors. The new use of a device seems very attractive and time goes by the addiction increases to a certain level and then ultimately one feels bored with that. This is a natural phenomenon and teens might lose their physical health, mental abilities, the time they should learn something healthily and sit with parents thus parents are recommended to become the best friends and guardians of their teens.

What to Do When Your Teen Turns 12?

When a teen turns 12, he/she can be provided with digital devices, but parents should be eyeful on their teen. Giving a digital device to a teen carries a number of threats and should be handled carefully. Teens do a lot of things on their tablets, cell phones, and digital devices. They often get addicted to social media apps, dating sites and various other platforms that not only prove handy in engaging them but disturb their mental health as well. Hookup apps have been reported as very dangerous, and bullying is the very common thing to be told.

It’s thus imperative for the parents that they employ a monitoring app that keeps a check of all the activities occurring on their children’s ends. TheOneSpyApp is a name of reliability that offers affordable packages with innovative and unique features for Android, iOS and Blackberry devices. The app is featured with bugging, location tracking, checking text messages (SMS) and calls, monitoring instant messengers, viewing internet histories and exploring a lot more on your teen’s device. This is one of the best apps for better and effective parental control.

Apparently, it might seem to be having no benefits but the reality is on the otherwise case. The reports and facts on the use of social media, dangers, and threats that teens face on dating sites and losses are enough to prove that teens are not safe at all. In order to ditch all such problems and keep worries at arms’ length, the parents should be checking their teens through various monitoring apps.

Parents will get updates about their activities, locations, social media whereabouts, internet history updates, media files and much more. When a teen is out of the home, parents can track where he/she is going and with bugging feature, it’s easier to check the surrounding of your target person. You can save your children from all possible dangers, protect them from bullies, engage them in healthy activities and educate when they are going in the wrong directions.

Teens are not that much mature to take wise decision independently so parents have this responsibility and should be careful when it comes to getting their children digital devices. When a teen turns 12, this age is comfortable to let him/her use tablets. When you are providing your teens with tablets, don’t forget to check their activities and monitor them with TheOneSpy app, unanimously the most reliable and best monitoring app in the market. 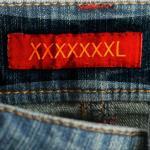 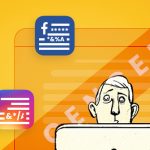