How Dangerous Is Snapchat & How TheOneSpy Protects Teenagers Online Privacy?

Snapchat spy should be mandatory for parents to protect teens from the dark side of the online world. The modern world has come up with instant messaging applications, and people are blindly using social networking apps. The people of the world have been engaged in various forms of social media AOL chat rooms since 1994. Now over the few years, we have such unique instant messengers that pull users towards the social apps for so many reasons. Snapchat is one of the most influential, popular, and trendy instant messengers, I have never seen such a dangerous application, for teens and tweens no time ever before, but a Snapchat.  Let’s take a look at the premise of the Snapchat social networking app which is very ordinary. The user just needs to capture a photo then send it to your online friend and they will be able to see the picture only for 10 seconds before it’s deleted.

A lawsuit has been filed in California in the year of 2016 cited a ridiculously offensive content discovered on Snapchat. “People have their views about the sex” and “Tips that how a person makes orgasm to another”. It is obvious that parents would not even think about to visit such type of content on the messenger like a Snapchat on smartphones.

Let’s talk about the parents who monitor their children’s smartphone use, they should know that the Snapchat don’t save pictures and messages so that receiver sees them later. But they need to realize that, we are talking about the smartphones. A person that wants to see a photo and then want to save it, smartphone’s screen shot feature can easily capture the screen shot of the photo, no matter what happens afterward. But there is the difficulty for parents to view that what sort of content kids and teens are sending and receiving online through Snapchat. Parents need to use such type of monitoring application which enables parents to see and capture the content which kids and teens are sending and receiving. Otherwise, parents will have a real parental concern.

A Snapchat official claims that everything you share and add to the Snapchat account remains unknown to anyone and secret. Pictures and content disappear after each 10 seconds and receiver could not store the photos and content. That’s true, but where the pictures and content really goes. It actually becomes the property of the company and then the company utilizes or sells the data to others, it means everything you share on the Snapchat or another instant messenger never deleted.

How is Snapchat spy software the solution?

Messengers like Snapchat alarm parents that they should be vigilant about the use of smartphones by their kids and apps within the phone. The Snapchat spy is one and the only app of its kind which enables parents to prevents problems such as sexting, bullying online and cyber stalking from teen life.

What you posted Online is public

Everything you posted on Snapchat went public; there will be no privacy options for a user. Therefore, teens usually share their private data or whatever they want. The central premise of Snapchat describes that everything a user sending is private. That’s a lie. There will be high chances of that the thing which you share on instant messenger will become public. The photos and images a teen may share could be posted online and associated with your name. A user when sharing something online, that provides an ability to command where the shared thing goes. So if a teen is posting by using without the name with Snapchat, ultimately come out with the name on Google.

Snapchat is saved way to sexting

Teens and tweens use this particular social app for the sake of sexting because there is a huge risk that snaps teens share, disappearing is not an absolute certainty. Parents who allow their kids and teens to use the instant messenger should guide the possible risks associated with the false sense of security that Snapchat claims of.  Parent need to use the Snapchat spy app in order to make sure to prevent all dangers and risks in teen’s life. 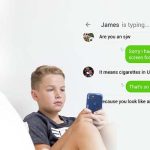 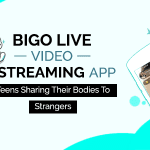 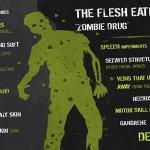