As we are aware that cupid is stupid and a real mean guy.  He always tries to approach young teens using his archer to make someone fell in love. The time has changed teens themselves are playing a robin hood with some body’s heart. The art of playing stupid cupid has integrated with the technology, and today the social media networks playing a pimp role to convey a hidden message to someone that I am in love with you. “Be My Valentine”! Teens themselves are inspiring people to be in love with them for Valentine’s Day. Gone are the days when predators, stalkers, and sex–offenders try to clip the wings of your teens and trap them for sexual motives. Nowadays, teens are willing to have hookups with strangers online and then want to meet them in person on Valentine’s Day.

Modern-day teens believe that social media and text messaging as a space of connection with the opposite gender. In the context of relationships, teens are alarmingly trying to find significant others to make love with them in person. On the other hand, Valentine’s Day is around the corner, and single teens look for hookups and in a relationship with someone using social media apps.

How Social Media Is A Top Venue For Flirting For Stupid Cupid Teens?

In the past, teens don’t have access to the digital world to play stupid cupid with someone. Technology has provided dozens of digital vehicles for teens to flirt and express their hidden feelings with a potential partner. Teens do flirt with the person they have a crush on using social media networks to like, share, comment, and jokes. Among all of the teenage boys and girls:

From flirting to breaking up and then making up with someone else is on the rise among teens. For Valentine’s Day, social media, cellphones, and the internet encouraging stupid cupid teens’ romantic fantasies. While Valentine’s Day is all about cards, candies, and red flowers in North America and other states have their traditions. But when it comes to teens in the world, they all have the same style of celebrating Val–Day. Social media love fantasies have prevailed in teens, and they try to hook up with or in love with someone they use cellphones and social media sites for the connection.

More than 85% of teens in a relationship expect to connect with their romantic partner online at least once a day, according to the report of Pew Research center

Young boys are emotional than young girls. They used to play far more stupid cupid things compare to the teens. So, they are more likely to approach teens online and sometimes happen to stalkers, online bullies, and sex–offenders. The rise and the rise of social media, adult content, and live streaming apps on the web have made young boys play with young teens before Valentine’s Day. They are the real mean guy and trap teens into their emotional love stories using instant messaging apps.

Young boys ages between 13 to 17 are addicted to social media and they turn to be cupid and behave stupidly to make someone fall in love with them using social networking and dating apps. As Valentine’ day around the corner, boys are more likely to target young teens online to be their Valentine.

How Can Parents Prevent Teens From Stupid Cupid On Valentine’s Day?

Parents can guide teens not to play Robin Hood to find someone for love on social media because it is too risky for teens. Parents can teach teens Valentine’s Day is just like another day that they can celebrate with love and affection with parents, siblings, and friends. If teens are mature enough to be in love, then social media is not the right place to be a stupid cupid. Parents should guide teens that cupid is stupid, don’t be like that. They can find someone in real–life and introduce themselves to their parents, and with consent, they can fulfill their fantasies rather than be in hookups with strangers and online predators.

Use a phone tracking app on teen’s mobile to protect them from being stupid to be a cupid on Valentine’s Day using social media networks, TheOneSpy said that.

What Is Phone Tracking App For Parents On Valentine’s Day?

It is parental monitoring software such as TheOneSpy phone tracker that parents can install on digital phones and tablet devices.  It supports cellphones running with Android and iOS devices. It enables parents to discover all the hidden fantasies of teens that they are planning. You can read text messages and listen to phone calls. Further, record a live phone screen and send videos to your secure web control panel. It gives a complete insight into the cellphone, and parents can track GPS location when teens are on blind dates with strangers during school hours.

You can track social messaging apps and communication logs to the fullest. You can read your text messages, text and sext conversations, VoiP call, voice and video call logs remotely.  It unveils every activity of teens on social media and cellular networks of the phone. You can examine that teens turning to stupid cupid on Valentine’s Day to fulfill their romantic fantasies.

Valentine’s Day is around the corner, and parents are unaware that teens turn stupid cupid using social messaging apps. Teen are using social media as their best medium to find someone to express their love and emotions for intimacy in person on Val–Day. The young souls are innocent and being “stupid cupid” they can put themselves in trouble. The parents must safeguard teens and make them mature not to get involved in philosophical activities. TOS Cellphone phone tracker is there for you for the safety of your beloved teens. 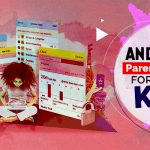