Digital citizenship is on the rise and the modern generation who have made modern technology as an integral part of their lives and using the cellphones, gadgets and computer machines connected to the internet. Moreover, using social media apps and engaging other people online with the use of technology devices with the cyberspace network. However, every single day a new invention of the technology comes up with the latest attributes and the young kids and teens starts following it and become used to it, but the netiquette having digital citizenship remains a question.

The young generation without the shadow of the doubt is more tech-savvy compared to the past generations, but they don’t know to be the digital citizen they have to take care of themselves while using the digital world on their digital devices and gadgets connected to the internet and they don’t realize what consequences they can face having the ignorant behavior.

The accesses of the internet and the cell phone devices to the kids and teens have made them a true digital citizen, but on the other hand, there are number scariest and biggest concerns that really threatening the parents.

To be a digital citizen is not a big deal, but the implementation of the roles about so many things while using the information technology needs to keep in mind. There is a number of things that the young generation mostly don’t bother to adopt having access to the digital world that ultimately causes serious issues.

Parent, on the other hand, is relying on the classical parenting style that mostly does not make a difference and generation tech is being recruited to the media fuel world without knowing the consequences.

Online privacy is one of the most significant aspects of the teens and children who are digital citizens but don’t bother to make themselves private online. They make multiple social messaging app accounts and then don’t put things on custom mode which they really need to. So, the inside of the digital life of teens can cause serious issues when they are lacking with privacy. They boldly share their complete name, contacts, home address, and even the school name and others that can become a factor in identity theft and child abduction.

What stats say about it?

Unaware of the ugly side of social media & potential dangers

The ugly and scariest is that they don’t know the digital dangers such as stalkers and cyberbullying, sexual predators and others. They can easily get trapped online by online predators while having communication on social networking apps such as Facebook, Yahoo, Line, Vine, Tinder, and others.

All these social apps provide tools for text messaging, chat conversations, audio and video calls and WhatsApp Voice messages and Facebook Voice calls. So they don’t bother to whom they should talk and to whom they should not. In short, the wired world has turned teens and kid’s life into robotic ones by spending the entire time on the digital world having digital citizens.

Young kids and teens get access to the inappropriate websites and apps where the content can exploit their innocence and they may get involved in some kind of habits that can really exploit their lives. They tend towards sexual exploration and often get trapped online due to desperate sexual feelings. It means that the digital revolution has and the technology cost us to sacrifice our children’s future.

Young kids and teens share their personal photos and videos and even tag to the friends and put the stuff publicly. They share compromising photos that can become the factor of ultimate embracement for the teens once gone viral. On the other hand, they also do activities online such as social media challenges such as “KIKICHALLEANGE” and often got themselves into self–harming stuff.

Online relationships with the free will

Young kids and teens these days believe in uncommitted sex and build the online relationship with the people they don’t know in their real–lives and then make a mistake to meet them in real–life to have the blind date without knowing the consequences. It means teen is willing to get involved in the online relationships that won’t long last and lose their respect and dignity.

Parents who don’t take their children’s feelings into consideration and you always believe in “my way or the highway” then you would be authoritarian parents. These types of parents believe that their kids and teens should follow their instructions without exception. They also have a little regard for a child opinion, don’t believe in negotiating and their goal is obedience from the kid’s side. This is typical parenting style that can make your child discuss anything because you have already lost your trust on your child and having digital citizenship they will spend most of the time on their cell phones connected to the internet to share what they really think and what they really want and often got themselves into trouble.

Parents who believe in to enforce the roles and in case of the violation they will charge kids with consequences and also take their children and teens opinion into consideration. They value their child’s feelings and emotions but clear that adults are in charge. The typical parenting style is quite good in terms to understand what children really want from their parents and they become responsible adults at the end of the day. But when it comes to the digital citizenshi
p of the children they also lack so many aspects of their parenting responsibility. Because, providing them with tech–gadgets and internet access taking their wishes into consideration can exploit their children. So, parents have to adopt digital parenting techniques and roles to protect their children.

Parents with the permissive parenting style only talk and talk and always talking about roles but don’t put the consequences on the children. So, young kids and teens usually got the understanding that parents will not do anything against them and they can do whatever they want to. So, the kids and teens do whatever they want to do and in the modern world, these kids could be involved in cyberbullying and may become the victim of stalking using social media apps and websites without any kind of instruction of the parents and they never discuss anything with the parents if something happens to them online. However, permissive parents do everything when their children are in trouble or they felt something has gone wrong with the children.

Parents who are uninvolved parents don’t bother to ask their children what their kids and teens have in their homework and what they like and dislike and they are ignorant of the children what they are doing in their routine lives. This type of parenting style is too dangerous for kids and teens especially in the age of digital citizenship. Because, when you don’t stop and watch your kids and teens then it would be obvious they will make friends and loved ones online and don’t share with you anything and they are always in the risk because of lack of awareness about the digital dangers, digital trends, digital predators, digital privacy and other things.

I am a digital citizen: Grow your child like that!

When kids and teens are at school they should use personal cellphones and gadgets connected to the internet for school purposes only. Make sure they will use the assigned Wi-Fi network when present at the school. However, parents can control and get to know the above-mentioned claims of the children with the android parental control app. Moreover, make your child understand that they will protect their private information and will never share it on digital media. Teach your kids and teens to respect others and themselves and will not harm others online. Grow your child if someone bullied them online they will not hide it at all and tell their parents. Trust your kids when they are online they will remain safe and appropriate online. Make sure kids and teens will visit appropriate content and visits websites they promote learning and piece of education.

Obviously, parents are living in the age of technology where kids and teens have a temporary and artificial world on which they spend most of the time having smartphones and gadgets in their hands. Parents should aware of the kids’ and teens’ digital citizenship and all the activities they do in the digital world to know what steps they need to take to protect their children online safety using parental control app or to set some ground roles for the user of a digital world. They need to guide and teach their children about internet roles and how much they can spend time on their devices connected to the cyberspace. 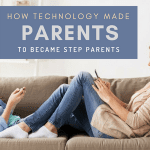