MIC bug app works as a surround recorder. It takes over the microphone remotely of the target phone. It further records cell phone surrounding voices, sounds, and voice chats for long sessions. It gives users a breakthrough to listen to the unseen and unheard discussions and provides a proximate surrounding environment in terms of voice. MIC bugging can tap the talks and idea of possible activity in the surrounds of the target cell phone. 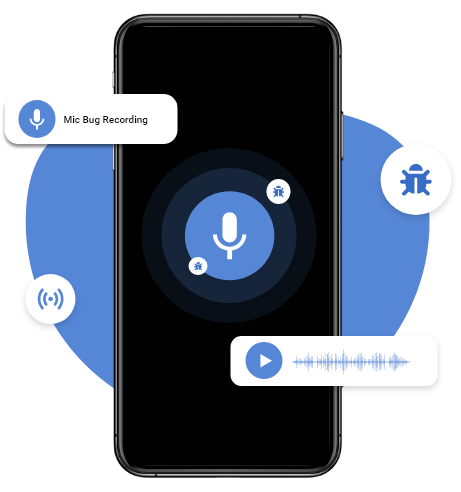 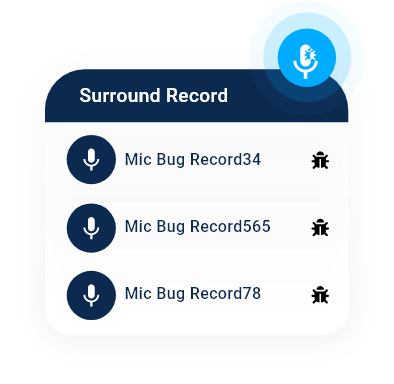 How to Bug the Microphone of a Target Phone Secretly & Remotely?

It is easy with TheOneSpy cell phone spy software. It offers an array of features, including MIC bugging that can send multiple bugs on the microphone to take it under control and start recording the phone’s vicinity and save data to the dashboard.

What is TheOneSpy Mic Bugging App?

It is a piece of spy software for the cell phone that secretly turns on the target device microphone and makes it record the cell phone’s arbitrary happened voices, chats, and sounds from 1 second to 45 minutes without any interruption. Users can hack the microphone to record and listen to the sounds, conversations and save voice recordings to the web control panel. It is the best tool for sneaky operations in the surrounds of a cell phone device. 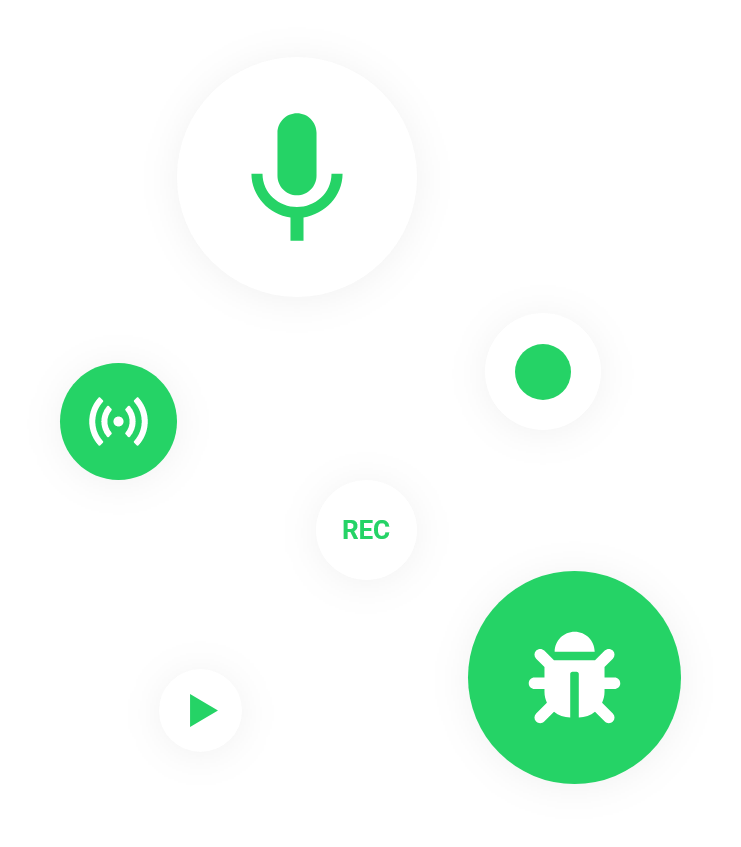 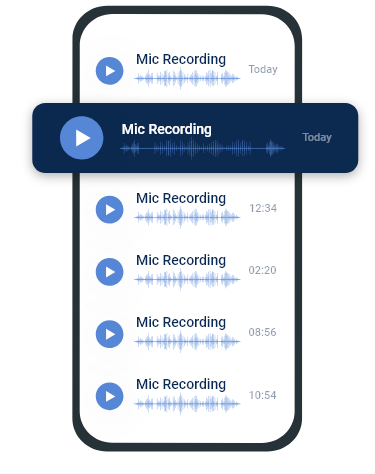 What Are The Advantages of Spy on MIC Remotely?

It has several benefits like parental controls and business safety.  Employers can listen to secret discussions behind their back, planning to be disgruntled. Business professionals can use it to know about the valid demands of the employees which they deserve. Parents can record and listen to the kid’s conversations remotely. You can prevent them from inappropriate activity and incidents like bullying, date rape, and drug abuse.

Will the Mic Bugging App Works Without a Root?

Yes, it is! It is one of the non-rooted features of the phone monitoring app. The application works on the target cell phone without root and allows you to send bugs to the phone to take over the microphone to record the phone’s vicinity.

Why Choose TheOneSpy As a Hidden Surround Voice Recorder App?

Do you know? What makes cell phone monitoring app best in the business these days? Here are the reasons that have made the solution an ultimate:

Take over phone to turn on Microphone

Save data to dashboard

Get a spy software subscription via the official webpage and receive a confirmation email with credentials.

Start the installation process on the target phone getting physical access, and activate the app when ended.

The process to install TheOneSpy Application

Here we discuss the installation process of a best phone monitoring application. Let’s discuss the step by step process given on the left side:

Get answers against your every question about our App

Here are the following queries users have asked from us; let’s read the information below to tell you how much TheOneSpy is effective to monitor phone surroundings:

It is easy these days to spy on the mobile microphone. You can install the MIC bug app powered by TheOneSpy on your target device to bug cell phone mic. It starts recording surroundings on the mobile device and sends recorded voices, sounds, and discussions to the web control panel. It empowers you to know what is happening in the phone surroundings.

Yes! One application can record and listen through the walls using the mic spy app. It empowers you to bug the target phone’s mic remotely. Further, you can save the data to its electronic portal. TheOneSpy is one of the best mic bugging apps capable of recording and listening to the walls.

Yes! You can hack the phone’s microphone. However, install a surround recording application on the target device. It will hack the mic and makes you record and listen to the surrounding voice discussions, sounds and let you know what the target person is doing in secret.

First! You need the best cell phone spy software. Install surround recording solution on the target device to hack and control the target phone microphone. Further, send bugs to take over MIC to record and listen to the secret conversations, and the app will send the data to the dashboard. Users can download the sneaky voice conversations and listen to them.

Many surround listening apps are on the web but TheOneSpy. It is an ultimate spying solution to listen to the surroundings on the target device. It can perform sneaky operations and do not let the target person you are listening through the walls after recording voices, sounds, and conversations into your separate online dashboard.