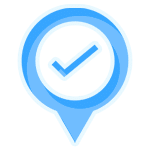 Geo-fencing is referred to the setting up of a virtual barrier so that when the targeted phone enters this area, a notification is sent to the individual making use of TheOneSpy and this feature, in particular, to make him aware that the phone he/she is monitoring has entered or out of a certain area.

The feature of geo-fencing is a great one as it enables the person monitoring a targeted phone, usually a concerned parent or an employer, to use this feature and set out which zones are allowed and safe to be entered and which ones should be steered clear of. By doing so, the user of TheOneSpy is able to monitor the whereabouts of the person they are concerned for and can know exactly when and how many times a certain zone is entered.

The feature works by sending a notification to the user that a certain zone has been entered and also gives information regarding when the zone is exited. Through this, monitoring is up to date with constant alerts being sent regarding the targeted phone’s whereabouts.

Such a feature is an absolute must especially when the safety of a child is concerned. These days, every child has a cell phone as it is a convenient way of keeping in touch and can also come in use during times of emergencies. Using the geo-fencing feature, safe zones can be created which the child is allowed to enter such as the area around his school and around home, certain friend’s houses or even the mall however forbidden zones should also be created which would allow you to be alerted in real time in case something suspicious or out of the ordinary occurs.

Similarly, employers too worry regarding the whereabouts of their employees since a lot of business and company information is nowadays stored on cell phones. Safe zones can be created nearby and around the office or even within the neighborhood so in case the phone were to get stolen, the employer could be alerted immediately and be able to take the necessary steps to prevent excessive damage from occurring.