Since the digital devices have come into existence, everyone gets started to gaze with their eyeballs on digital screens such as cell phones, tablets, and even computer machines. On the other hand, young children are the most frequent users of modern time’s technological creatures and they spend most of their time on cell phones and gadgets screens. However, in the modern world being responsible and productive needs too much time on digital screens for work to make a living and as well as to stay connected to family friends. Well! That’s all about adults, but when it comes to young children and tweens their body and brain still running with underdeveloped cells and tissues. So, their cognitive functions or their brain may suffer due to over usage of the technology especially in terms of digital cell phones and gadgets. Therefore, “Digital Dementia” have found among the kids and tweens that eat, sleep and drink having the tech- devices in their hands.

Even the elementary school young students are used to of using entertainment technology for an average of 7.5 hours a day, Kaiser Foundation stated that.

If something is common: it does not mean “OK”

The young kids and teens that are commonly using technology in terms of cell phones, gadgets and computer devices connected to the internet: do mean that they doings should be endorsed positively. Technology and digital media addicted children may become media obsessed adults and they may suffer from the digital dementia kind of health issues that keep them into trouble in long run. If parents are doing the same such as using tech-devices, use of instant messaging apps, text messages and other digital activities in front of their growing children. Ultimately, they will chase their parent’s footsteps.

What is digital Dementia?

The world-renowned neuroscientist Manfred Spritzer has introduced this terms in his book since 2012. He has coined this particular term to explain how the excessive use of digital technology correlates with the breakdown of the children cognitive capacity. So, using tech-gadgets to keep children quiet and entertain is the huge digital parenting blunders that parents should avoid.

Neuroscientist Spritzer’s has published in the psychology that says, “Short term memory start declining when we overuse the technological creatures”.

The ultimate hazards due to the use of excessive use of technology may increases ADHD, autism and spectrum disorders derail the development, anxiety, learning and sleeping disorders. Additionally, the articles say about the children that play videos games as augmented reality games their grey matter in the hippo-campus start decrease, that is the part of the brain of our spatial cognition. However, other proposals need further investigation, but when it comes to the past researches “it gets reduced the gray matter that may become the factor of schizophrenia, depression and dementia and post-traumatic disorder.

A young PHD holder Kimberly says, number of dangerous changes may occur in the brain of the users who spend most of their time on the internet. All these changes that occur in the brain due to excessive dopamine stimulation through reward and pleasure center of the brain.  So the brain consists of multiple dopamine pathways that play a significant role in reward motivation behavior. Dramatically, Cocaine, is been utilized for the same dopamine function in the brain as does the excessive use of technology. So, the overuse the digital devices is similar you are using digital cocaine.

Will you let your children to be the victim of digital dementia?

Following are the tips to prevent young children to be a victim of digital dementia.

Living a life without using the digital devices may be impossible for children and as well as for the adults. But we can do something in terms the adoption of precautionary measures that helps to counter digital dementia among children. Let’s discuss the major tips below.

You may have heard an anonymous quotation “everyone knows that how to raise children, except them who have them”. So, if you have children, then don’t be the ones that have been stated in the quotation. Protect your children from the excessive use of digital devices. Do your parenting job to the fullest and don’t let your child be the victim of digital dementia. 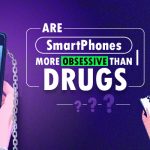 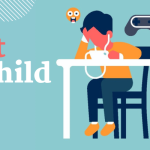