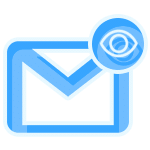 TheOneSpy Gmail monitoring app is one such app which allows users to monitor the smartphones Gmail of those they love and care for. A recent feature which has been released by TheOneSpy is the ability of monitoring and viewing the target phone’s Gmail account. With this TOS feature, you can:

Every user of TheOneSpy is provided with his own control panel through which data which is being monitored on the target phone is stored. Similarly, all details regarding the emails being sent and received, Gmail screen recording by the target phone are saved in the control panel of the user of TheOneSpy which can then be viewed later on with convenience as long as an internet connection is available.

Why do you need TOS Gmail Spy App?

The reason why you need theonespy Gmail monitoring software for viewing the emails sent and received via the Gmail application is that a lot of people now communicate through emails due to its ease and convenience. The content of emails can be work-related or personal since emails arrive promptly and the notification pops up on the smartphone immediately letting one know that an email has been received.

Monitoring the content of emails can be helpful for employers in particular as it can allow them to be aware of whether or not the employees working for them are keeping company secrets confidential or whether they are selling the company out by emailing trade secrets to others. Similarly, with young children and teenagers also owning smartphones and having their own email addresses, they too may be engaging in the sending and receiving of inappropriate media content which could be harmful to them. Thus, with the use of this TOS feature, such behaviors can be looked into and appropriate action can then be taken against them.

Smartphones are now being owned by almost every individual of all ages. Not only are these cell phones convenient to use but they allow a way for everyone to stay connected and to communicate at all times. Parents like to know where their children are at all times and with the various messaging apps available for use on these smartphones, getting in touch with their child is not as difficult anymore as it once used to be. Now parents even can track emails sent/received on their kids and teens cell phone devices using Gmail monitoring software.

Individual can use this tool on their personal smartphones to use this tool as data backup for emails of Gmail. Gmail spy software simply empowers you to keep the record of all of your sent/received emails of Gmail no matter what if you have removed all emails sent/received from your Gmail. You can simply see all of your past emails activities using Tos email web control panel.

Similarly, employers also provide their employees with smartphones for them to be able to communicate with them at all times regarding work-related matters. Despite the convenience and ease of use associated with these smartphones, they may at times be used for purposes which are inappropriate which are why the concept of monitoring has become very common. Employers are concerned about sent/received emails because email marketing and emails received to customer care representatives are very important for business prospective. So, Employers can spy on the employees sent received emails of Gmail using spy app for Emails of Gmail.