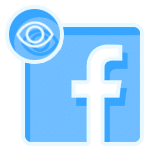 Mighty Facebook messenger is fascinating for the modern youth and for others. Parents, on the other hand, have reservations and same is the case with the employers. They want to spy Facebook and monitor teens, children, and employee’s messages, text conversations, audio and video conversations, multimedia shared respectively. Parents want to monitor teen and kids Facebook instant messaging app from cyber predators such as stalkers, cyber bullies and from sexual predators. Employers want to spy employees Facebook social media app activities to prevent time wasting activities within the working hours by using Facebook spy app.

How to Spy on Facebook Messenger Chat Conversations Through TOS Dashboard.

You need to type cp.theonespy.com on your android smartphone device. it will give you access to TheOneSpy dashboard and then go towards the “my services” and click on it. Now you have the menu at left side of the cellphone screen. Click on IM’s logs and set Facebook logs. View all messages, chats, and conversations along with the complete time stamp.

After logging in, if you need further instructions, you can view Facebook chat tab. It will provide you a complete graphics that how you will be able to monitor the Facebook instant messaging app on smartphone devices.

The young generation has reportedly become addicted to Facebook.  They spend most of the time on text messages, text conversations, sexting, and get involved in hookups.

According to the DailyMail Stats 2018