Sexual assault is on the rise no time ever before, but when parents hear about child sexual abuse, their heart starts pounding. It happens when someone tries to force a child into sexual activity. Sexual violence has plenty of forms such as child molestation, rape, incest, and many others alike of non-consensual sexual contact.

When a child is molested or sexually abused, it reluctantly leaves a massive amount of mental effects on the child’s personality. Even sometimes a victim starts blaming himself/herself for sexual abuse and usually seems depressed. They start feeling shameful, threatened, stressed, and often guilty. We have compiled a few of the psychological effects that a child has after being sexually assaulted.

A Child Always Remains in Depression:

When a child is raped by someone, then afterward, he/she has to face depression. A victim deteriorates their importance and usually makes them despondent. Usually, kids who are sexually abused by someone become hopeless. If proper protection is not provided to the victim, then there will be most chances of being mild and fleeting and reluctantly become more severe and tiring.

A Victim May Come Across with Anxiety:

There will be plenty of chances that a child who rapes or is molested by someone may run with the anxiety problem. A child who suffers from any sexual mishap usually attached a stigma in their mind that he/she may attack once again, and finally, the level of anxiety doubles. However, sometimes it happens that victims start running from their homes and finally get agoraphobia. It also happens to a person who abused a child; a child starts chatting with those who have the same physical features as the attacker. Panic attacks also become a part of the victim’s life.

Children who suffer from sexual assault don’t remain friends with others. In reality, they are shy and hesitate while talking to others and also making relationships. They have plenty of questions, fear, and insecurities in their minds. They usually face difficulty making close relationships, and it would be a very difficult job for them. Therefore, it is not possible easily to make friendly attachments having a disruptive state of mind.

A sexually assaulted child may have (PSTD) post-traumatic stress means a severe type of anxiety, depression, and hopelessness. It is very common for sexually abused victims to have disruptive personalities.

A child who is sexually abused often gets a reminder of sexual assault that he/she has faced in the past on a regular basis. Anything which seems pretty close to the attacker suddenly triggers the memory of the incident, and the victim gets scared. Let’s suppose the physical features an attacker has; if another person having the same features as the attacker comes face to face with a victim child, then it is very difficult for a child to stay calm and relaxed, and he/she rewinds the incident in their minds automatically. The reason behind this trauma, children unwillingly store the complete incident in their subconscious. He/she feels challenged to forget the incident that happened in their life. 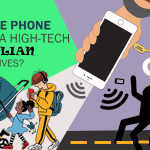 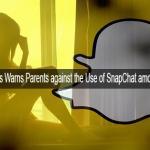 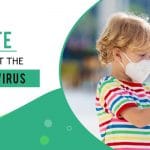