The contemporary technological innovations in the shape of cell phones of androids and IOS and plenty of gadgets have provided opportunities for the children to spend most of the time in front of a screen. What they really do on the cellphones and gadgets screen? The answer is pretty simple and crystal clear they posts, tweets, likes, shares, snaps – the digital is a kind of world that have no boundaries. The young kids and teens do plenty of other activities that include audio and video conversations, chat conversations and text messages with the use of modern instant messaging apps. The popular social messaging apps are Facebook, Yahoo, line, Vine, Snapchat and even use some dating apps such as tinder and many others alike.

“The real issue with the use of instant messengers and once children get on it they don’t bother to know to whom they are talking to, “Law enforcement Agency official said that.

A well-experienced official has deployed in the private task force in Charlotte that usually targets online predators that are always in the search of exploiting young kids and teens using social media apps.

What law enforcement official has a view about young social media users?

“It happens every time on social media, “official added that Young teens trapped by the online predators and they have to monitor cyber predators who are in the search of “bunny hunting”. The psyche of the young social media user’s especially young kids and teens are that more you have friends and followers on the social messaging apps more you are popular. So, it has become a piece of cake for kids and predators connect with each other and they believe most of the times to which they are having conversations online are their age. However, no matter what if they are strangers and they don’t know them in real –life.

They initially ask kids and teens what they want to listen and what they want to hear in every single day. Furthermore, they tell teens how pretty they are, how smart they are, how good at college or school they are? The above-mentioned tactics they used by the online predators such as stalkers cyberbullies sexual predators and others to win the trust of the children. Moreover, once they have got the trust of the target they would take a step further such as they will ask for the photos and videos that need to be in a compromised way, the official further added that.

Parents sometimes overreact and say it is impossible that their teens capture naked photos and then share it with the strangers. Law enforcement agency officer said that he is a witness of these kinds of activities and he has seen plenty of it.

“I don’t believe my son or daughter can do it, every single parent has said the same quote that’s been the victim of this has said that official has reportedly stated that. Once a teen or kid got trapped they will try to blackmail the victim to send more and more photos and videos and threats them and said if they don’t send them more than they are going to share or post it on the web such as on Facebook, Instagram and on other social media apps.

Since last year, CBS North Carolina has highlighted the risk of sextortion about the children and teens who had to face public embarrassment. However, one out of many, one case has made the headlines where a female has involved in grooming 12-year-old kid. He thought that he was having conversations via instant messenger with an 18-year-old girl, officially explained that. “Having a couple text messages exchanged on Kik messenger he has sent nude photos. At the end of the day special agent has traced 26-years-old women belongs to –old Patrick Killen Miami”.

According to the law enforcement agency officer he was closed to an 800th victim. “It is the issues that are on the rise. “We have arrested six predators in the current year. However, officer helps out to trace registered sex offenders have been arrested that have been banned by the law using social media websites and apps.

We have arrested a couple of sex offenders that were found chatting with the children online for sexual means and even they already been registered as sex offenders.

Most of the websites have clear rules and regulations against the registered sex offenders, but on the other hands, cyber predators are sneaky and tricky.

Parents and kids have to think about the issue and they should know how they can deal with it to get rid of it. Local and federal law enforcement is fighting the issue every day, but there is plenty of it that cannot be done without the parents and children contribution. The incoming calls of strangers on kids and teens android cell phone cases are astronomical, an expert said that.

Precautions you can make with the android parental control app

The precautions and tips that have been stated by the cybercrime law enforcement experts do not seem as easy, as it’s been stated. All you need to do is to install the android monitoring software in order to keep an eye on your children’s online activities on their cell phones connected to the internet. You just need to install the cell phone spy app on your kids and teens cell phone devices.

Once you have done it successfully, then you can keep an eye on their social messaging apps activities to the fullest. You can use IM’s social media of the mobile phone monitoring software and can view IM’s logs, chat conversations, audio, and video conversation shared videos and photos and even to the Android Voice messages such as WhatsApp Voice calls and Facebook Voice messages.

However, parents can capture images remotely to get to know where kids and teens are present at the moment. You can record and listen to the live calls with call monitoring app and get to know to whom kids and teens are stalking on the android cell phone calls. You can view text messages sent or received such as SMS, MMS, BMM chat messages and heads up tickers notification.

Parents can view captured photos through a camera of an Android device by visiting the gallery on the phone with the help of multimedia tool of the cell phone monitoring app. Excessive use of social media apps can bring more cyber predators in children digital activities. That’s why Parents will get to know either kids and teens have captured or shared compromised photos via cell phones or instant messengers or not. They can remotely control the android cell phones of kids and teens with the android remote controller. This will help out parents to view the installed apps, block text messages, block incoming calls of the strangers and last but the least can prevent any vulnerable activity by blocking the internet on the target cell phone of android.

All these stats stated by the cybercrime law enforcement experts are alarming for parents and they have to take some steps to protect their children from all online predators. Parents can use android monitoring app to keep a sneaky eye on the children to protect them to the fullest. 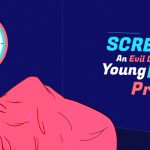 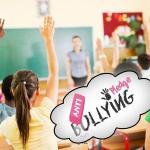 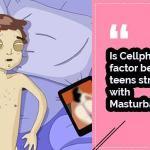 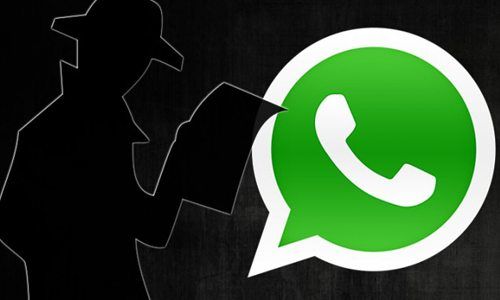 How to Spy on WhatsApp Conversation?