Google breaches Android user’s privacy secretly by accessing data stored in the devices. It happens by tracking the location of users even when they believe that data is being kept private within the device. Google got access to the data of the cell phone successfully; it is collecting the address of the cell towers, according to Quarts reports. It may fall into the invasion of privacy; reports further stated that.

Google has admitted the secret activity to Quarts but said that the practice would be end soon at the very end of the month; reports confirm that. On the other hand, the insecurity may arise in the people that if Google is doing all that, then what hackers and scammers would do to the people.

THE DEPRAVITY OF SILICON VALLEY: RESENTMENT ON THE RISE AGAINST GOOGLE, FACEBOOK, AMAZON

In the current year, a Google official has said to Quarts; we have started to look at using Cell ID codes as an additional signal to enhance the pace of message delivery. “Furthermore, we have never integrated Cell ID within our network sync systems, resultantly the data was rejected quickly, and after that, we have never modernized it no more request Cell ID.”

To make sure that the messages and notifications sent or received rapidly, the modern phones of Android OS uses the network which is known as sync system that needs a Country Codes (MCC) and as well the cell phone network Codes (MNC), “a Google official further added that talking to Fox news.

Apparently it seems users are disregarded due to Google privacy breaches, but privacy has to be an end, CTO and Cofounder of Security Company CYBRIC told via email to Fox News. “it would be the best time for US to think and consider roles and regulations as to the forthcoming GDPR in the EU to conduct maximum transparency when it comes to gathering the private data, including location, and enable the system for the users to have such an exceptional control to know where the data has been stored and what type of it is.”

Another individual that is familiar with the Google data breaching report stated that it should not be used for advertising, but on the other hand to enhance that what Google really name it “heartbeat system,” that make sure that the mobile phone remains connected and the user receives the messages.”

If the android cell phone users hoping for receiving the notifications and messages rapidly, then the android phone has to maintain a regular connection with the Google servers through firebase Cloud messaging, “according to the source.“ for the maintenance of the particular connection, the Android devices have to ping the server at the back to back intervals.”

Google business is based on the advertisement; therefore, the location is so important part. According to its parent company Alphabet, it has generated almost $27.7 billion, out of all 24 billion, has come out through advertising. There is a pact between Google and Facebook; they get almost 85 cents of every $1 spent on digital advertising. States show that!

The GIPEC-Cyber Intelligence Company, Eric Feinberg has a view that the Google privacy breaches practice and location tracking activity could be high risk for the Android users, especially the people who hide their location for some personal reasons such as users belong to military and government jobs that always want to hide and don’t want to reveal their location at any cost due to confidentiality demands their professions. Eric started to Fox News via email.

According to the new updates stats regarding Cell towers in the U.S in September these years, US has almost 21, 5000 cell towers and in the year 1985, the strength was only 900. The rapid increase in the adoption of cell phone gadgets has increased the number of cell towers in the US. The maximum range of a cell tower is 22 miles, but when it comes to usage, a user’s location can be pointed out in a quarter-mile or even closer if the areas are not urban, such as big cities.

Quarts reported that google spying practice does seem to be limited to any Android gadget. It does make any difference either the device is reset to a factory default settings and location services was disconnected, according to the Quarts, a source reports the locations are said to be transmitted to Google.

Forget the Google Privacy Breaches &Think! What Hackers & Scammers would do?

Google is doing all that for the sake of advertising to generate revenue. Still, others would do who is always looking forward to breaching the privacy of the people and even the business firms. Hackers are the ones that want to hack online data of your business, and the business may lose all its online confidential data stored in the Android gadgets and other machines such as windows and MACs.

In the present year, the cyber ransomware attacks had fallen the security worldwide, and in return, they demand ransom from the business owners to get back the online data that they have stored in their company’s owned devices. Almost the top 100 countries, including China, Russia, the US, India, and plenty of others alike, hit hard by the online cyber ransomware attacks. Business, hospitals, and banks have had real set back, and they had to pay the price for the sake of their business and particular organizations. To avoid these kinds of hackers and scammers who looted the people online by getting access to their Android and other devices, the online security of the business should be implemented. Scammers are the people who use emails by putting malicious links and viruses to topple the target business firms or the people who have a lack of security in their systems. In the business world, email is the important stuff, and the employees usually open their mailbox and check the content; and if they tap on such emails that seem to be familiar but in reality, these are fake emails made by the hacker, and they lost everything stored in the devices.

A solution to prevent these issues and to protect Private data

People who want to protect their private data stored in the devices, they should TheOneSpy cell phone, windows, and MAC tracking app. it enables users to secure the online data and as well as to view the employee’s activities when they are getting accessing into the emails or tapping on the malicious links. They can use data backup of the cell phone monitoring app in order to protect the data stored in the Android gadgets. Once they have installed the TOS spy app’s data backup, it allows the user to sync all the private data into the online control panel.

It means if something happens and users lose all the data, they can get it back by login into the TOS online web portal and retrieve all the data into the device again. In-case the leaked data is to private, a user can use remote wipe out the data stored into the device that is being attacked by someone online. On the other hand, employers can examine the activities of their employees to make a check and balance and for the security reasons to avoid such activities that make the privacy of your business at stake such as tapping on the mails. The user can use a screen recording of the MAC monitoring app.

it enables users to view what sort of activities and areas an employee are getting access to. On the other hand, a user can also set the mighty alarms on such activities happen on the device that can set you up. The alarms of the windows surveillance software alarm user when something happens in the area which you have restricted for anyone within the company’s owned devices.

The user can check emails through the MAC spy software’s keystrokes if the employees don’t have set a strong password for the emails. Keystroke provides users all the keystrokes applied on the device such as password keystrokes, email keystrokes, SMS keystrokes, and messenger keystrokes. If you want to see what type of emails your employees are visiting at the moment to avoid malicious links, then use read emails and get to know the content of the email of Gmail to avoid scammers and hackers to the fullest.

The user can also block such websites that contain bad links and scams that can ruin your business and you may have to lose all you have on your device. Use block websites of the MAC tracking program and put your worries to rest. The only thing you need to do is to put the URLs of a particular website and put it into the filters. Employees will not be able to visit such malicious websites at all.

Google may be breaching your location and the data stored in the device, but it does not reveal to the third party about your privacy. But on the other hand, hackers and scammers are the enemies of your devices and the data stored within. Use an android tracking app for cell phones and use windows & MAC spy software to protect your PCs. 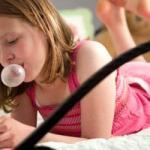 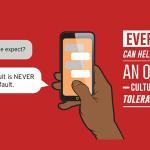 “Say No to Sexual Assault” on This Month: TheOneSpy Supporting With 25% Discount Deal 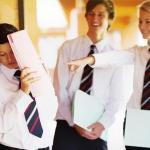