Silicon Valley executives used of making headlines introducing purposefully addictive shapes of contemporary mobile phones, gadgets and computer machines and social media. Reluctantly, we all know it would be hard enough to put down cell phones devices connected to the internet, young teenagers in particular. Now, reports are alarming and putting the number of warning signs especially in front of parents because of the large drop in adolescent’s happiness since the smartphones have become teens bread and butter. Things may become worse for you to reading the stats that an average teenager spends more than seven hours in front of the screen of cell phones and other devices connected to the cyberspace. So, parents, especially in modern societies, are looking forward to hidden screen recorder to monitor screen time of the adolescents and teens on their mobile phones.

Excessive screen Time Decrease in psychological well –being on teens

The report “Decrease in Psychological well –being among American teens and children after 2012 is associated with excessive screen time since the rise of cell phone technology”, was published in Monday Journal Emotion with the context of a national survey of eighth, 10th, and 12th grades regulated annually by the University of Michigan. The teenage generations of 2012 have problems of low self–esteem, lack of satisfaction and unhappiness compared to the teenage generation of the early 1990s.

It’s been also found that excessive time on the screen including internet, social media apps such as Instagram, Snapchat, texting, gaming, YouTube and video chat cause issues among teens and adolescents. Moreover, the finding also stated that regular usage of the smartphone screen uses to teenage depression and anxiety.

Therefore, technology has to come up with the tools like screen recording app that enable parents to prevent teens from the use of social media all day long and other cell phone activities. Have you listened to the words “We limit how much technology our kids use at home” Steve Jobs said that.

Obviously, teens and adolescents screen time on their cell phones, tablets, and computer devices is been on the rise. So, working parents or single mother don’t have much time to keep a secret eye on their teens and children all day long. The technologies in the shape of excessive time to spend time on screens cause digital dementia and other psychological issues. Parents have to use such technology that let them know how much time kids and teens on their cellphone screen and what they are doing on YouTube Instagram and Snapchat while having their meal, beyond the school gates and while laying on their beds at night. Let’s get to know about teens and children why they spend hell amount of time on Instagram, YouTube, and Snapchat.

YouTube and Snapchat are most frequently used online platforms among teens and teens. However, 95% of teens own their cell phones devices and 45% of teens say they are always staying online. Moreover, 52% of teens say they use Instagram, 41% says they use Snapchat and 60% of teens use YouTube social platform all day long in their smartphones connected to the internet, PEW Research center stated that.

So, when you mixed up all the time they have spent doing these activities, it seems they have a very hectic schedule and ultimately it causes plenty of health-related issues among teens. Therefore, parents need to use the screen monitoring software for cell phones.

It allows parents to track the activities of teens and children by tracking the Snapchat screen on their mobile phones connected to the internet. Further, you can monitor screen by making short videos of the screen when instant messaging app is activated on the target device screen and you can get to know about the activities.

It is the best tool to record Instagram activities on your target device screen when social media app is activated. It will allow the user to make back to back short vi
deos in real –time of the screen using the on-demand screen recorder. Then you will be able to know the reason behind screen time on the target mobile phone screen.

YouTube, Instagram, and Snapchat are the most popular instant messaging and social platforms among teens world. That’s why these have become the major reason among teens for excessive screen time on cell phones and you can use the screen recorder for android to track all the time spent along with activities of teens and children on these platforms. 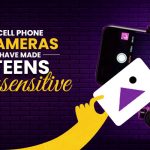