There is a heated debate which has constantly been taking place over whether or not spying on your child is something which is acceptable or whether it is considered to be an invasion of their privacy. The spread of technology has occurred so fast that every parent finds it difficult to remain calm with respect to their child and what they must be engaging in when using their phones. While being tech savvy is important, teaching your child to be a responsible user of technology is important and to be on the safe side, so is the need to make use of a monitoring app. An android tablet spy app should be used by parents whose child is constantly using the tablet for browsing the internet and social media. Similarly, a cell phone monitoring app should also be used by parents to make sure that when they step out, they know exactly where their child is and who they’re with along with who they communicate with. The tablet monitoring app can be used to take measures within the home whereas a cell phone monitoring app can be used to monitor and take measures when the child is outside the home.

A variety of apps is available each of which offers a number of features and services. As parents, the most amount of precaution should be taken as too much protection for your child can’t be a bad thing. While the use of monitoring software’s is encouraged, so is the need to talk to your child and to discuss with him just what acceptable and appropriate behaviors are and who they’re allowed to spend their time with and where all they’re allowed to go. The trust needs to be there between the parent and child after which the monitoring app can be used to double check whether the child is listening or not.

For children and teenagers, having a tablet and a smart phone is like a dream come true which is why they have this need of being connected at all times and need to make use of technology. However, as an adult, you need to be having the knowledge and far sightedness to know the drawbacks and consequences of your child using technology too much. Tablet spy apps and cell phone monitoring apps are thus perfect to make sure that your child doesn’t get involved in the dark side of technology. Boundaries need to be set when it comes to making use of technology which can be done so by having a talk with your child as well as using such apps which will help you stay proactive and prevent any harm from coming to your child.

The whole point of monitoring is not that you don’t trust your child but it is so because there are a number of enticing and wrong things which are available for children to get trapped in and sometimes, they don’t know any better. This is why monitoring can help you protect them and ensure no harm comes to them. 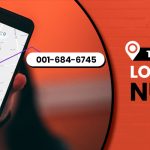