It is the responsibility of the parent to know what their kids are up to. However going through the child’s emails, cell phones, reading their journals or snooping through their rooms is not an acceptable way of keeping a check on your children. For parents whose children have stepped into teenage hood, it can be difficult to know how much privacy should be given to their children and where they should draw the line.

Ignoring the suspicion they may have regarding their children looking up inappropriate websites or receiving texts can be difficult for parents and it should not be done as well. You need to be responsible for the behavior of your children however a more acceptable method of doing so is to place parental control software rather than asking for their passwords to check what they have been up to.

According to the PEW Research Center

The new report published by the Pew Research Center describes that parents of children between ages 13 -17 take plenty of steps to do surveillance on children and teens. They used to of monitoring digital activities, and also encourage children to use technological devices appropriately connected to cyberspace.

Parents used to of keeping their children and teens under surveillance online activities by using monitoring apps for digital devices. Almost 1 out of 6 parents said they usually check teens visited websites or social media profile. Additionally, half of the parents say they keep teens phone call records or text messages. However, few of the parents do believe in using parental control apps or to use location tracking tools to know about their teen’s location. 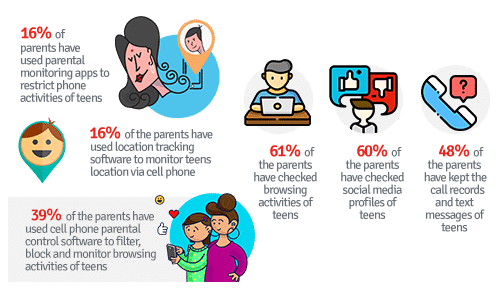 2. Parents do “Digital Grounding or Stop Teens from Online activities

Parents in the majority of the cases do believe in digital grounding and also stop teen’s online activities to the fullest. I mean, parents discuss with the children and teens that how they should use digital devices such as cell phones, and tablets connected to the internet. However, parents also make penalties for teens by snatching their gadgets and mobile phone to stop their online activities. Parents further say that “digital grounding” has become the need of the hour irrespective of their behavior online.

There are plenty of parents in the society who are quite tech-savvy and they used to have passwords of teen accounts and mobile phones, but having children devices login info is rare. They want to know about social media activities and cell phone pass-codes.

Parents also try another trick to keeps teens social media activities under constant surveillance, they make their teens friends or follow their social media accounts. So, being teen’s friends they will be able to know what teens like, share, talk and what sort of friend’s teens have on their social networking accounts. 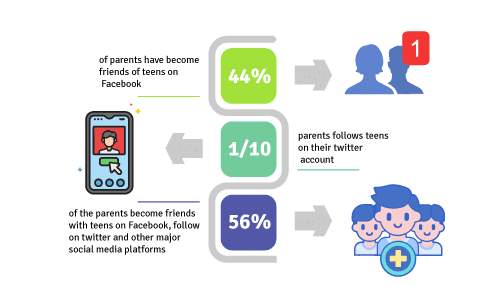 5. Majority of Parents Discuss about Online Behavior being on Web to Teens

Since the technology has evolved in terms of cell phones, tablets, and in terms of cyberspace parents have reservations about teen’s online activities. They don’t want to get their teens trapped by the bully’s online, online stalkers, and other kinds of predators. Moreover, they want to prevent teens from online dating to harbor sexual fantasies on their mobile phones and from plenty of others alike. So, parents discuss with teens how they should behave online. 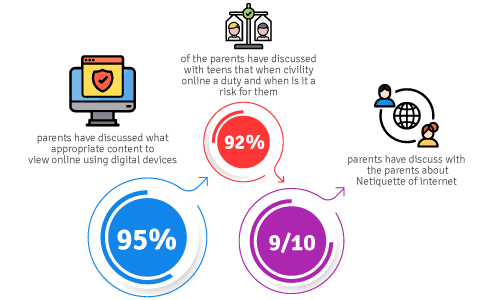 6. Mothers are more likely to Discuss about Online Behavior with Teens

When comparing with the fathers about discussing online behavior with teens, mothers are far more likely to discuss with teens about online behavior. They are always reluctant towards teens to guide tens of what to do when to do and how to do on the web. 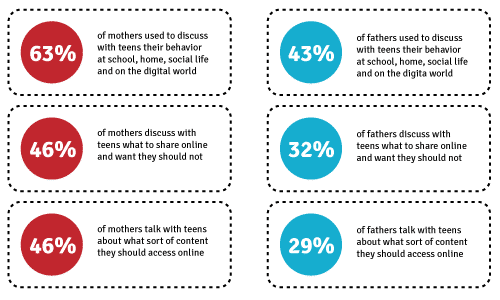 Trust is a sensitive issue which is why keeping a check on your children can have repercussions as well. When kids know that their parents trust them, they are more likely to take the correct decision. Parents should let their children know what they approve of and what is considered wrong and that the end decision is the child. Showing that you trust them and involving yourself in their lives to an acceptable level will allow them to make the right decision as well.

With such perils associated with the use of the internet, parenting skills are of utmost importance than ever. Parents need to let their children know that certain guidelines must be followed and that these cannot be compromised upon. According to the executive director of Net Family News Inc., parents should advise their children constantly about the activities they pursue online, what kind of websites they visit and if they see content which makes them uncomfortable. The use of the internet should be turned into an activity in which both the parent and child participate.

Furthermore, parents should also use the internet along with their children to help develop in their thinking skills and how to analyze the information they come across. Everything on the internet cannot be trusted and you need to illustrate this point to your child.

It would also be a good idea if you take the help of your child and get yourself acquainted with how various social media networking sites work. Ask your child to help set an account for you, preferably on the same social media network he/she uses most frequently. In this manner, you can also become friends with your teen on social media which would allow you to get insight into their activities and what they interact with their friends about. 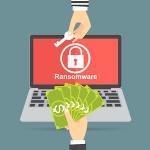