Today there is a lot of competition in the business world today. Every year, thousands of new companies are formed with a dream of becoming market leaders in their particular niche, but only a handful of them can survive the harsh market conditions. In such a state of regression, the businesses have to strive hard to make their way forth. To be successful in today’s corporate world, business owners should have the ability to tackle many obstacles, including the factions of fraud. Fraud takes much of the goodwill and the material wealth of the business was leaving just shambles behind.

Role of Smartphone in Frauds

The higher the communication, the best is the way to convey the ideas and thoughts. The digital age has provided a number of means to resolve this issue. Among them, the smartphone technology is the cheapest and high on features. It has all the mobility features that a businessperson would require in posting a ledger on the stock market.

This communicational bridge even resonates a sense of malfunctioning issues into the flow of business. The infrastructure could be used to flow the information of the firm into the wrong hands or plan a fraud using the business smartphone.

Frauds are a number of types. Every kind of fraud is different from every other fraud all that is same is the malfunctioning deed present in all and a crime that is common. Employees are generally involved in the scams. Fraud could be like:

To tracking the fraud, some old school techniques are followed. But in the present age, such methods are obsolete. The novel ways of tracking fraud involve the usage of spyware applications.

Tracking and spy applications are a way to get into the actual happenings of the business. The entire image that is shown to the employer by the employee is an imaginary fruit tree while the actual image in beneath that fruit tree which is nothing more than a thorny park.

As all are known about the spy apps, they don’t need some more introduction that what are they and what can they do. They are a set of some goodly defined instruction that executes to return the actual happenings of the host smartphone to the user smartphone.

It keeps the employer updated about the real happenings.

How Could TheOneSpy App Track Fraud?

TheOneSpy can help track fraud. It’s tremendous features can get to the head and the tail of the incident quite quickly, promptly, precisely and accurately. The durable and the highly user-friendly features of the app make it top among the rest. The procession might go this way:

This is how TheOneSpy tracking application could help you track down a business fraud. So get TheOneSpy application on its half price during this BlackFriday sale season and secure sure business. 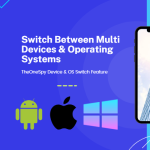 Use TheOneSpy App on Multiple Devices and Operating Systems 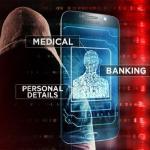 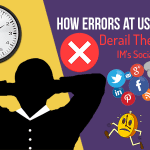 Are Spy Apps Effective As Compared To The Prying Eyes Of A Human?

Why Do You Need A Call Recorder To Monitor Their Calls?