I really feel guilty as anyone else when it comes to memes, I also used to save them, share them, tag to my mates unless I have come to know what could be the impact of memes. I used to laugh and share different kinds of photos using my Photoshop creativity. It might be very funny to everyone else but not the one for that is being humiliated and I did not realize that it would be hurtful for somebody. So, memes simply are the internet jokes and it usually spread by individual units of online humor. These types of activities often gone viral over the web through social media platforms and memes can mutate and change time to time.

What Memes Actually Are?

Memes could be a joke, it is usually creative that depends on people and as well as on their ingenuity how and why they are sharing it to someone online. It could be in multiple forms likewise images, videos, gifs and even in ordinary text form.

However, it could come in the form for the challenge. You may have remembered the burn and scar challenge and how about the Momo challenge that has been viral for so long on social media.

Young kids and teens invite peers online using social media platforms to take part in a viral trend and also share the results on their social media platforms. In the recent scenario though memes are in picture format alongside humorous text that tends to be the most famous, apart from the humorous side of the memes it has its dark side too.

Most memes are in photos format, words, but not all images are with pictures and text are memes. Photos with inspirational messages are not memes, but with humor, jokes and with trolling

New research: The negative impact of social media and its trends on mental health is imminent. However, researchers in the UK are warning social media users that memes can affect someone’s mental and physical health.  In a written statement to UK parliament, academics have warned that memes can cause behavior issues likewise trolling, online shaming, body shaming, and cyber bullying. “Memes being shared on the social media platforms to someone also contributing teenage obesity crisis by making light of unhealthy eating. Dr. Ashley Casey explained the memes speaking to the Telegraph. However, it is also contributing to cyber bullying, sexting and online shaming among youngsters that are obsessed with the social media platforms.

Memes on Social Media: When the Problem Starts

Young kid and teens use memes to joy by sharing it and they create new memes, new formats, and creativity. Most of the teens share memes for widespread public consumption. However, kids and teens make memes that could also be intensely personal and private. I think you are getting my point they create obscene images, photos, and videos in order to troll or laugh specific persons. Today kids and teens are being raised in the largely digital or hyper-sexualized environment so they create such kind of memes that seems to be offensive or unethical for fun and even to tease someone online.

The problem gets started with this memes, so-called harmless culture turns into an ugly game of racism, bully online to teens or peers. The hidden truth of these kinds of jokes comes in the forefront when they start hurting someone online especially to week teens, kids, tweens and even people like transgender. They make captions without having the permission of a specific person and then relate the particular memes to their target. Social media freaks like cyber bullies are one of the most dangerous people that troll their young target with the use of unethical memes and also they encourage unseemly content.

These kind of posts tagged with memes are pathetic and disturbing for the children online. These kinds of posts with ugly and clumsy memes totally neglected by the people on social media, but painful for those who have been the target. Bully teens think that tagging such kind of memes make them look cool. Then let me tell you it’s not you are hurting someone with the use of words, photos. In case young children are doing with their friends on social media like Facebook, Instagram, Snapchat and on other platforms, you are brutally humiliating others emotion that could last mental and health issues.

So, on the name of so called jokes teens these days are used to of mocking even their friends by using different kinds of memes. Memes are mostly being used for the purpose of teasing, mocking, and to demean other person. In short, memes are surprisingly even used as a way to cyber bullying. Therefore, parents needs to aware of what their teens are sharing and receiving online.

How Parents can Protect & Stop Teens From the Dark Side of Memes?

Parents need to set parental control on their kid’s activities, especially on their social media activities. Almost 75% of teens have their own individual mobile phones and 97% of children somehow manage to get their hands on digital devices. It means it is possible that your child could be a victim, witness or bullying or shaming someone online with the use of memes. Therefore, cell phone parental monitoring app empowers parents to potentially monitor concerning situations that your teens may be expressing through memes. However, your teens or children may have issues like self –harm, suicide ideation, depression and bullying online. Mobile phone parental control advanced features can easily detect text overlaid on multimedia sent or receive on social media in terms of logs.

Parental monitoring software empowers parents to know many others grown up dangers and fucked up issues on children. So, protect your children from online dangerous issues like online bullying, Fat shaming, harboring sexual fantasies on the cell phone and protect teens from the dark side of memes. 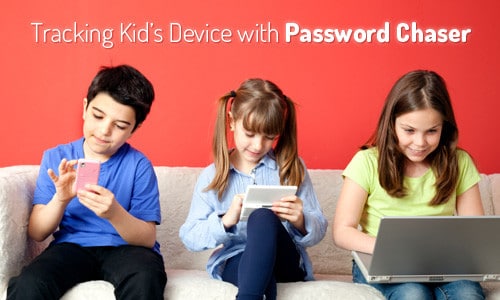