How The Next Considerable Driving Risks Are Cell Phones? 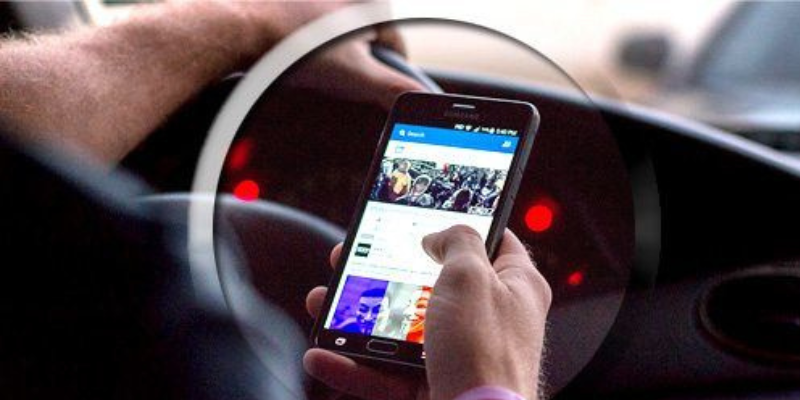 Since phones, the internet, and social media are rising, a wave is coming around using these things. So, there is no doubt that the next significant driving risks are cell phones worldwide. So, there is a continuous battle of putting down cell phones when people are behind the wheel. Smartphone technology has prevailed worldwide. The same is true with the internet and social media. So, loved ones, parents, and employers try to stop people from phones while driving. First, we go into the details that are at a more significant piece of risk, and then we discuss the solutions in the end.

A state farm insurance company has come up with an eye-opening reminder. It says the biggest distractions for the people behind the wheel are text messages, the internet, and phone calls. The usage of cell phones has become more and more prevalent.

The company has conducted a survey which says there is a high percentage of people using cell phones and the internet. Instead of focusing on the road and keeping their eyes open, they access the web. More than 1000 people who participated in the survey have smartphone devices. A decade ago, there was no internet service in smartphones; Chris Mullen, State Farm’s director of technology, said that.

Are Young Teen Drivers At Greater Risk Of Accidents?

Yes. There is no doubt that our teen drivers are at more significant risk of accidents no time ever before. Youngsters are the ones who own cell phone addicts more than adults and the elderly. Here are the stats about teens behind the wheels that parents should know about:

36% of teens drivers send and receive text messages while driving

Cellular text messaging is one of the best communication tools. So, cell phone addicts and teens send and receive text messages and chat conversations behind the wheel. It is too risky for teens to use cellphone devices behind the wheel and cause brutal and deadly accidents. Every year hundreds of thousands of youngsters lose their lives due to accidents.

29% of youngsters use the internet on their mobile devices.

Do you know teens also access the internet and web browsers behind the wheel? They visit the internet to see different sites. It is all due to the obsession with the cell phone and the internet. So, the usage of the internet causes a considerable risk of accidents.

Social media is one of the top reasons for teens’ distracted driving. Many social media addict teens have been injured and lost their lives behind the wheel. Youngsters use Facebook, Hike, WhatsApp, Instagram, Snapchat, and other social networks while driving. They send and receive messages, see news feeds, and attend voice calls.

19% of teens capture photos behind the wheels

10% of the teen’s record videos behind the wheels

All the stats we mentioned come from the State Farm Company’s survey. Only 13% of people admitted to visiting the web behind the wheels. The National Highway Traffic Administration says that more than 3179 people have lost their lives in accidents. People who lost their lives were mostly youngsters. The reason behind the brutal accidents was distracted driving, and cell phones are proving themselves a subsequent considerable risk behind the wheel.

Federal governments and states have been actively urging drivers to put their phones away while they drive and to talk on phones while texting and holding them in their hands while driving is stated illegal in many states. But drivers seem to move away from these deadly habits.

At a red light, they will text primarily when they have stopped at those signals an intersection,’ Mullen says. And according to federal records and data, nearly 40 percent of accidents happen at intersections. So if they are stopped, it does not mean they should stop focusing on the road and things around them.

Is It Possible For Parents To Remote-Control Teens’ Cellphones Behind The Wheel?

Yes, Technology has evolved over the last many years. Parents can remote control kids’ cell phone devices to prevent teens and loved ones can stop significant others’ cell phone usage behind the wheel. You can visit the web and find out about remote monitoring apps for cell phones. Further, you can install the application on your target cellphone devices and put your worries to rest. Cell phone monitoring software allows parents and loved ones to stop teens and significant others from using cell phones behind the wheel.

How To Stop Teens & Your Loved Ones' Cell Phone Usage Behind The Wheel?

Whether you are a parent or significant other, you can stop kids and loved ones from phone usage behind the wheel. You can manually monitor your teens and not allow them to drive a car. They can also put themselves behind the wheel using their peers. So, parents must know where teens are hanging out. You have to remote control their cell phones, text messages, phone calls, and GPS location to prevent teens from being behind the wheel.

Remote Control Kids & Loved Ones' Cellphones Behind the Wheels with TheOneSpy

TheOneSpy is one of the few apps that allow users to remote control cell phone devices. You have to install it once on the target phone, and then you can remote control someone’s cellphone activities. TheOneSpy is also a lifesaving application because it prevents your kids and loved ones from distracted driving. It is not more expensive than your teen’s and loved ones’ lives. So, subscribe to the app and install it on your target devices. Here are the features that are lifesaving.

You can stop your significant other or teen from distracted driving due to incoming cell phone calls. TheOneSpy allows users to block incoming calls on the target device, and the person will not receive any phone calls while driving.

Users can also block internet access, and your loved ones who have a habit of accessing the internet won’t do it anymore. The target person leaves the phone when they see that the internet is not working on the phone. It also prevents teens and adults who use social media on cell phones, like hike, Facebook, Snapchat, and other IM networks, behind the wheel.

Social media is the No.1 distracting factor behind the wheel. Many adults and youngsters receive news feeds, messages, and comments on social networks. So, they tend towards the phone to see them. TheOneSpy will block every installed app on the phone from 1 hour to many. So, you can protect your teens and loved ones using social media behind the wheel.

Parents and loved ones can use the live surround listening feature of TheOneSpy to confirm whether teens and significant others are behind the wheel or not. Live surround listening controls the mobile microphone and listens to you to the surround chats, voices, and sounds. You will get to know what your target person is up to.

You can also track your teen’s live GPS location and see the location on Maps. You can instantly use TheOneSpy blocking features when your child or significant other is on National Highways. You can also set the alerts using the Geo-Fencing feature.

Cell phones no doubt are the considerable next driving risk. TheOneSpy is the best lifesaving application for parents and loved ones. It helps them to prevent teens and significant others from distracted driving. Join your hands with TheOneSpy, save your close ones, and be aware of how to protect people who use cell phones behind the wheel. 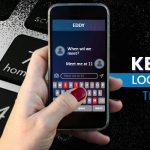 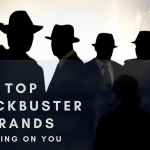 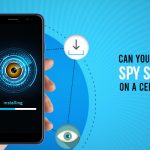