Keep These Safety Measures For Kids Before You Prepare For Christmas

Is Christmas trimming the tree, decking the halls, gifts, and buying toys enough? No, the Holiday season comes with a lot of parental responsibility. Christmas can be the darkest day of the year for your minors and young teens. The festive season seems full of fun and excitement for youngsters. But it could also turn sad, scary, and dangerous. The Holiday season is approaching fast, and parents are preparing themselves to get swept into the subsequent Christmas fun. They ignore many things to keep in their mind how they should protect their teens and minors this festive season. In many ways, parents put their kids into trouble. Kids also do things that lure them towards potential risks, and praying eyes are always in the hunt. Let’s get to know about the safety measures for teens before parents prepare for Christmas.

Tips for Parents to Make This Christmas Safe & Sound for Teens

Here are the following tips and security measures parents should remember. As Christmas is around the corner follow these things strictly. You will find better results. You will celebrate the entire Holiday season full of fun, and trouble-free.

1) Never Ever Neglect Your Child in Festive Season:

Over a year, more than 700,000 young children have become victims of negligence. It usually happens during holidays than other times of the year. The social workers and researchers have endorsed the stats. They have interviewed the victims of “Neglect.” Families with tightened finances and families with large businesses often neglect their children. It happens during the Holiday season. The middle & upper-class communities lose their focus on their children. It causes many issues for teens.

What are the Outcomes of Child Neglect on Holidays?

The neglect of children has increased plenty of cases of child abuse. Child grooming and other dangerous issues during the holiday season are rising. Christmas comes up with family gatherings. Parents lose their focus on their children due to the usage of alcohol and other drugs. When the Holidays come around, child abuse becomes routine.

It happens to those in the household. Child molesters are everywhere, and they could be anyone in your family. So, child abuse and neglect is an issue that happens during holidays. A parent should not neglect their tweens and minors during Christmas celebrations.

Social media monitoring is essential for parents during the festive season. Young teens have hot cell phones, the internet, and other devices. Teens love to create social media accounts on Facebook, Snapchat, Instagram, and others. The manipulative abuse of young teens is on the rise. Predators have become tech-savvy and trap them online. As Christmas approaches, teens are more likely to spend time on social media. It is ideal for stalkers, child abusers, and sex offenders to target teens online.

How do Online Predators Manipulate Teens Online and Abuse Them?

Social media is no less than an epicenter of sexual predators. They approach teens during the holiday because all the kids are at home and have nothing to do but spend time on social networks. Online predators send text messages, explicit photos, and videos to neglected teens and children. After watching their shared media, they start talking with the teens by admiring their body features. So, they make plans to meet teens for a blind date. Young teens often commit to in-person meetings and become victims of abuse and rape.

Be careful during family gatherings on the day of Christmas. Never take poking, tickling, patting the butt, and rubbing shoulders –whoever it does to your teen or child have the wrong motives.

Do you have a habit of tracking your teen’s location when they are with friends? If yes, then it sounds good, but if you don’t, it is alarming. As technology has evolved, parents who believe in the potential surveillance of teens are doing a good job. Many parents give dame to watch their kids during the festive season. They don’t look around in their neighborhood surroundings; that is risky. A parent should know about the current location of the teens and what routes they adopt to visit a particular place with friends.

Why is Location Tracking of Teens Crucial During Holidays?

Location tracking of the teens is necessary no time ever before. Child traffickers, child abusers, and sex offenders can lure your kids into being a fake Santa Clause. They could present gifts, like chocolates and candies, to entice your kids for fun. Your teens also visit hidden places for drugs, like a weed, marijuana, and shots of alcohol. Parents should monitor their teen’s surroundings and track their location using a GPS location tracker on their cell phones.

Location tracing technology is cheaper, particularly during the Christmas holiday, up to 75% OFF. If you plan to buy a new cellphone for your child, it would be easy to install a location-tracking app. Parents will get live location, history, and route maps, and they can set Geo-fence.

Many parents have a habit of posting the media of their kids and teens on their social media platforms. They also tag their teens’ shared photos on social media platforms. Parents habitually post pictures of school graduation, birthday parties, and Christmas. It would be a dream comes true for online predators and sex-offenders. They watch photos, see the tags and finally reach your teens’ Facebook or Snapchat accounts. Predators can quickly get the location and other information about your teens. So, they start stalking your innocent child and watch them with prying eyes.

What do Sex Offenders do with Teens' Social Media Information?

Perpetrator could be in real-life or online. If someone is offering your child alcohol, candies, and a gift –Put that person under your radar and become a Christmas Grinch to predators and never let your child to break the rules.

Do you know how it is crucial in modern times to limit the screen time of your teens during Holidays? You know more than 92% of teens have cellphone devices, and parents love buying a smartphone device on Christmas. So, it could turn your teens into trouble. Here are the reasons for limiting teens’ screen time at home alone.

What Are The Top 6 Reasons To Limit Kids' Screen Time?

6) Keep On Snooping On Your Teens’ Cellphones During Festive Season

Many parents prefer to buy gifts, and technological devices, like cell phones and game consoles. So, young kids will focus on their phones and games. So, parents should snoop on their kid’s cell phones and online games on them for many reasons. Parents don’t realize what dangers the new cell phones may trigger for their teens. Do you know hundreds of thousands of young kids lure by online predators on cell phones connected to the internet?

What are the 3 Essential Things to Snoop on Kids' Cell Phones?

Here are the top three crucial things to snoop on your kid’s smartphones when they are preparing themselves for Christmas:

Snooping on your kids’ cell phones is productive enough to ensure their safety in your surroundings. Further, it keeps updated on what they are doing and talking to online. You can also get to know about the plans they have made with friends or with strangers.

Social media surveillance is the need of the hour, mainly when Christmas is around the corner. Social media monitoring during Holidays is a key to knowing why your teen has a frown face. What things do your kids want, and what is your teen hiding from you this Christmas? Here are the many reasons why social media spying on kids’ cell phones is more crucial than ever before.

It will let you know the hidden desires of your teens that they could not share with you. She might want to introduce her boyfriend on Christmas at a family gathering.

Parents can monitor Facebook, Snapchat, Twitter, Instagram, and others. It will let parents see the shared photos or videos of the costumes she wants as a Christmas gift. Furthermore, why does she not like to express her desires with her parents this Christmas?

Parents will know why teens start spending too much time on social media on cell phones. You can learn to whom she sends and receive messages and chat conversations secretly.

When parents monitor teens’ social media accounts, they will know their Christmas plans. Further, get to know about the risky things the peers have suggested for Christmas, like drug abuse and hookups.

When you see your kids have become cell phone addicts, you should look after their online activities. You will acknowledge that limiting their screen time is necessary.

8) Never Let Your Teens Behind The Wheel During Holidays

As Christmas is around the corner, many young teens love to drive vehicles and visit places with their peers having a fund. Do you know kids are cell phone and social media addicts? So, it would be dangerous for teens to be behind the wheel during Holidays because roads are full of traffic. Teen accidents are rising due to cellphone usage behind the wheel. So, parents need to limit screen time and block their phone calls and text messages when teens insist on being behind the wheel.

Be a Christmas Grinch to online predators & and for risky activities of teens with TheOneSpy Christmas 75% OFF. “Say, Stay away from my kids.” Know on whom radar your teen is!

What Should Parents Do To Make This Christmas & Holiday Season Safe For Kids?

No matter how many preparations you have made for Christmas, parental monitoring is the key to happiness. Don’t let someone make this Holiday season a nightmare; use TheOneSpy parental control app on your kids’ digital devices and keep listening, recording, and monitoring. Explore your kid’s social media, surroundings, location, and limit screen time better than ever before.

What is TheOneSpy App?

TheOneSpy is a parental monitoring service. It offers several monitoring products this Christmas and up to 75% Flat OFF for the holidays. You can install its products on cell phones, PCs, and on laptop desktop computer devices. It will let you determine the GPS location and social media logs and make you listen to the surroundings. Parents can also limit the screen-time, and block calls, messages, and the internet on cell phones and PCs.

Let’s celebrate This Christmas and the entire Holiday season without fearing for kids’ safety. TheOneSpy has specialties to protect your kids online and in real-life. Enjoy our service this Christmas and get peace of mind. 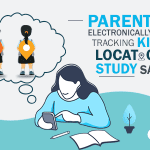 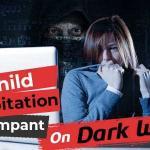 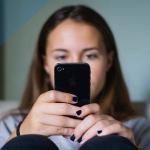