There were times when it was pretty hard to monitor persons remotely. Although in those days there was not even harm to stay out of home for long. And the offices were secure of every sort of heinous activity. But with the passage of time, it almost became inevitable to surpass the corridors of crime and terror. Nowadays, workplaces have become a hub of fraud and corruption.

The term “Remote Monitoring” doesn’t involve any specific gadget or an insurgency device that can be planted anywhere to have disguised information about that place or any particular person. Parents can’t be with their children all the time. Where they go, who did they meet, what are their activities or anything else, would definitely not be all known to parents. Similarly, when we talk about employers, they can’t be at the station of their employees to monitor each and every activity. It won’t have been witnessed that an employer keeps on running errands with the sales team.

Certainly, parents and employers can even not inquire about each and everything from their children and employees respectively. Especially, since after the development of smartphones and other savvy processing devices, it raised the mark of continuous invigilation.

Parents used to check the smartphones of children to know whom, did they call or who messages them the most. Particularly “reading Texts” is a pretty complicated issue. Children get a lot much annoyed and there comes a time when they start deleting their messages.

An employer had much to do in the office. There were a number of affairs he had to take care of. He did take the feedback of the entire daily chorus from the authorized personnel but he couldn’t invigilate each and every employee. Whenever the employer jumped into any lower hand matter of the office, involving the personals of an employee caused much of the distraction. According to a study by 2008 – 09 such flaws became the cause of loss of retention in small and medium-sized businesses.

Shadowing the conventional ways is pretty much vague. The times they were used were certainly pretty much different than it is now.

Since the increase in smartphone usage, a pattern was supposed to follow to monitor the children and employees. Especially in order to learn about their activities over the smartphone became a highly credential act.

In such a situation an invisible monitoring method was required. In computing technology, there is a pattern of remote access. In some ways, the pattern was practice as a disguise.

A similar pattern was required to monitor telephony and all the matters of children and employees over their smartphones. The query got answered by the development of spy software.

Spy apps, like TheOneSpy, broadened the scope of security and prosperity. Such applications are not developed for the cause of harming or illegally spying others. These are primarily meant for parental control and employee management systems.

Using the cell phone spy software, parents can keep an eye on their children and can know everything they do use their smartphones. Similarly, the employers don’t even stand alone in the competitions today. They are evenly aware of every activity of their employees.

Application, such as TheOneSpy, is the invisible application. The person monitored won’t even know that he or she is being monitored. The administration (user) can access everything that in on the phone of the host. Besides accessing data, the calls of the host can also be heard and recorded.

Doesn’t it make helpful for the parents and employers? In reality, it did make a number of things safe.

It’s a pretty sure thing that if TheOneSpy app had been used by the parents, there would have been lesser child victims of sexual abuse and harassment. Not just the sexuality, but even the percentage of cyber bullying and stalking would have evenly reduced. 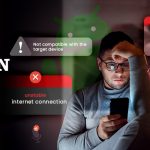 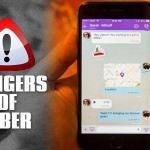 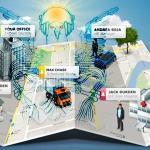 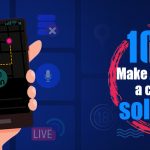 TheOneSpy VS Flexispy: King without a Crown?