No matter what Parents do their best to protect teens from all the dangers kids and teens are facing in the modern digital world. Employers want to know how their employees behave with the clients and what sort of conversations they do within the absence of an executive. The people who are in a relationship, especially spouses, have a nature to be suspicious about their partner’s activities when they are not at home. Furthermore, when it comes to young kids and teens the modern technology such as cell phones, computers and tablets provide so much freedom to youngsters to explore the world fully by using the plenty of social messaging applications such as Tinder, Instagram, Yahoo, Facebook, Line, Skype, Whatsapp and plenty of others alike.

These social networking apps provide the wide range of opportunities to interact with the people of the world. They may exchange their contacts and then make calls and plan meetings in the real life. The cell phone and computer technology no doubt is an immensely handy piece of gadgets and machines that are serving humanity incredibly. Moreover these piece of tech-creatures sometime a troublemaker for teens, employers and even for the spouses.

Both of the technologies are widely used in the whole world. Everyone has to use the cell phones for making calls, text messages, read emails, shared media files such as photos and videos and work files and many other activities. But these gadgets and machines are troublemakers at the same time. Let’s discuss how these things are troublemakers for a young generation, for the business world and even for the people that are in a relationship such as spouses.

How it Troubles young teenagers

Young kids and teens use mobile phone gadgets to make long calls to their friends and the people whom they don’t know in the real lives and after a couple of times interaction, they meet the people regarding they don’t have prior information and most of the teen’s dated unknown people. on the other hand, youth has learned plenty of illegal and dangerous activities which they performed in hidden whereabouts with the peers such as partying, substance abuse and as well as the premature sexual encounters with mutual and unknown friends and friends of friends.

A fatigue for Business Executives

Employers invested in the company’s equipment such as cell phones for customer care representatives and PCs such as windows and MAC laptops and desktops for creative work. On these machines, they can use instant messengers to interact with each other for fast communication rather than sitting up again and again and to talk with each other. But on the other hand, an employee uses these machines for their personal use within the working hours and makes long calls and conversation in order to waste the work times. Ultimately it damages the whole working environment and the productivity of business firm start declining.

The rise and rise of cyber infidelity have created trust deficit among the people who are in a relationship. Especially spouses are too much insecure when the partners spend make long calls on their phones and their phone continuously seems engaged. Resultantly spouses have many reservations about their partner’s phone activities and when they come to know the ease of chasing opposite gender through social media apps they become more insecure and mentally frustrated to be cheated by their partners.  However, they always do search to get to know the hidden realities.

Let’s solve Parents, employers and spouse’s genuine issue and provide them a way to listen to the surround sounds and conversations on kids and teen’s cell phones, employee’s computer, and smartphone devices. Spouses will get to know whom their partners supposed to busy on the smartphone.

A user just needs to install theonespy android mobile phone and PCs spy app on the target gadgets whether it is running with the android, IOS, windows and blackberries. On the other hand, it does not make a difference if your target person is using the computer machines such as windows laptop machine or MAC device. Once a user has successfully installed the cell phone monitoring and computer spyware, a user will be able to get the job done within no time.  It enables a user to listen to the all live surround sounds and conversation happens on the target mobile phone or computer machines of your target.

Parents will be able to know who kids and teens are talking on their phone and also enable listen to the surround voices and conversations with spy recorder to the fullest. On the other hand, employers will also get to know how their employees are behaving with their clients on company’s owned computer machines and mobile phones. Furthermore, employers can come to know what sort of conversations has made by the employees in the surroundings. It empowers spouses to get to know what sort activities their partners do when they are not in their homes and what activities are happening in the surroundings of the partners.

Once you have installed the smartphone & Computer spy software on the target device, a user can use their headphones as to spy mic of the device and can listen to the conversation happen on the target device and the voice activities happen with real time. The cell phone spying & PCs tracking program provide users following tool that helps out users to make their devices headphones as the monitoring device.

The spy 360 live surround listening empowers a user to send a push notification to the target mobile phone and then listen to surround live sounds and conversation through your device headphones. It helps out parents to know the hidden conversations of kids and teens on their mobile phones
and surround sounds as well within real time. In-case of any emergency, it will help out parents to know what happens to the teens and they can also use GPS location tracker in order to know the exact location of the hidden whereabouts if they got themselves into trouble.

Parents can take evasive action the moment when their kids and teens need their help. On another hand, the cell phones tracking software even allow parents to use the MIC bug to spy mic and can record the live calls on the target phone whether Android, iPhone, and blackberries. It also provides the sounds around the target smartphone. A user can record the live calls and voice from 1 minute to 45 minutes and then save it and listen with your cell phone or computer’s microphones remotely.

Spouses can also use MIC bug of the best cell phones spying software feature hidden voice recorder and can record the live calls and conversations and activities happen in the surround of the partner’s phone and get to know that either they are cheated by the partners are not. They can listen to the conversations and calls through hidden microphones and can remove their reservations if they are mistaken about the partners and can make their relationship even better.

Employers who worried about the productivity of their business firm due to lack of dedication of their employees within the working hours. They can record the calls and conversations with spy recorder employees made on company’s owned MAC computer machines within the working hours and the gossips they do in the surroundings. Employers can use the spy MIC bug of the target MAC devices and can get their hands on the voice conversation on the device and surrounding voices to the fullest.

Use your hidden microphone and use TOS spy for cell phones & PCs monitoring app and get your ears on conversations happen on the target cell phone, computer machine and the voices in the surround of your target gadgets and devices. It is the best tool for parenting point of view, perfect for employee’s conversation tracking and the ultimate tool for spouse spying. 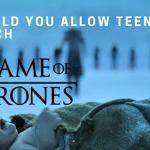 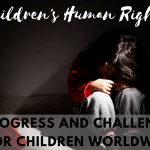