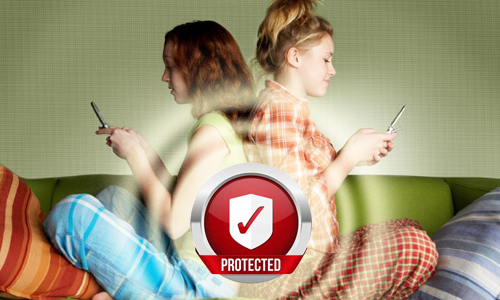 As the use of social media has increased so has grown the rate of crimes, bullying, harassment, sexual abuse and kids’ rights exploitation. The non-tech savvy parents ignore such concerns as they don’t know what actually these social media dating apps are. We will put forward handy solutions with most feasible practices that parents can utilize to protect their kids from being the prey of such crimes. Let us make it clear with a fine example. Almost a week ago, I went to barber shop and the lady in-charge shared a story that scared me wholly. She told her 16 years college niece is using online dating apps to communicate with people in her area. She is very much excited in having interactions and date with the boys matching with her qualities and up to her expectations. After hearing all this crap, I raised my eyebrows and she nodded in yes.

The discussion with the lady forced me to know what actually these social media hookup apps are. I braced myself and started searching on a number of available apps. I found millions of such apps but all not need to be signed up and used regularly. After a research of few hours, I was able to collect useful information, the other adverse sides and the aftermaths of these so called dating apps.

Though various traditional practices are employed to overcome the addiction of teens and kids of social media dating apps, these don’t impart practical results with impeding the rate of usage. Parents have now the ultimate solutions of the problem to maintain check and balance of the social media activities of their kids. The name of TheOneSpy app is not new and a large number of people are deploying for monitoring and better vigilance of kids. These technically-advanced spying apps are quite handy when it comes to the safety of kids. How the parents can keep their kids away from these apps will be covered in the write-up with detailed process of using along with the features of spying apps that parents must be familiar with.

TheOneSpy app proffers many features that are handy in the monitoring of kids, employees and beloved ones. Here is the list of features of TheOneSpy app that can help parents keep their teens and children safe from impacts of social media dating apps.

TheOneSpy app supports bugging of mic and camera bugging. The parents can check out all the call and record them by visiting their spy accounts and turning on the relevant features. Camera bug and mic bug are very useful features to bug voice calls and camera as well. The records can be kept for future evidence as well.

TheOneSpy app provides you a possibility of recording, tapping, intercepting and listening to the calls. All the calls on the monitored device can be listened, recorded, saved on the internet as well.

TheOneSpy app helps in reading and accessing all the instant messages on all messengers and social media apps. Parents can read, view histories and keep the record for their further use. No matter whether you are on WhatsApp, Viber, Skype, Google Hangouts or any other messenger, you have accessibility to reach the instant messages of your kids.

The best feature of TheOneSpy app that comes into use for social media dating apps usage prevention is access to the list of all installed apps on the monitored device. Now only can parents check lists but can remove or delete and pause any app as well.

TheOneSpy app has proved very beneficial in ensuring the safety of kids on social media dating apps. As mentioned earlier, the extremist people, bullies, sextortionists, miscreants, and hikers are actively participating in these forums so they can easily trap any person. The adults have also been victimized, so this is high time to save kids and restrict their dating apps usage to zero. Via using TheOneSpy mobile parental control app parents will be aware of the activities of their kids and have the capability to delete the apps they don’t want their parents to use. However, any other suggestion for parents is to be on the friend list of their kids on all social media platforms if they find that their children will mind monitoring of their apps. Being on the list will relieve the stress of parents with an observation of all of the kids’ activities. 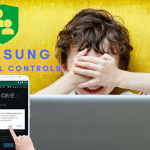