Sugar daddy & teens: The Seismic shift in power between the sexes

Oh, how the time is changing day by day and what sort of a world it is in which we are living at the moment. Today young teens are adopting sugar mammies and daddies. Sugar baby: A young male or female who is financially looking after by a sugar mama or sugar daddy apart from real parents in the exchange of relationship based on sexual compromises. Today young male and female teen’s studying in the universities are happily becoming sugar babies. They are selling their young bodies to the older men and women that promise to pay their bills, tuition fees and pamper them fully. But all these quick fixes do not come without the serious cost and often leaves a teenager student psychologically damaged.

Georgia State University alarmingly is the fourth largest institution whose students are getting involved in Sugar daddies trends. It means the University is going to be changed in “Sugar College”. Almost 188 young male and female students have sign-ups on Sugar Daddy’s type websites. The overall figures are 746 students till date that are living the life of sugar babies, ABC news has reported that.

What is really like for a teenager to be a sugar baby?

Obviously, all the teens are not likely to get involves in a relationship and to get paid by a person with a similar age of their parents. However, young male and female boys and girls get involved in “sugar daddy” by choice to live a life like a salve that gets paid. According to the Marriage and family therapist, Jessica Stebbins, “the emotional after effects to be a sugar baby could be horrible because it is the same as prostitution. The rising trend of sugar daddy is prevailing from young girls belongs to lower-middle-class girls that are looking forward to having luxury items and want to pay their bills easily. Sugar baby in the shape of young male or female if get exposed in front of the society often gets the treatment of slut shaming.

A sugar daddy is not less than a stalker

Sugar daddy or sugar mama is a person male or female that is looking forward to a sexual partner and could be the millionaire. So, they use dating apps and sugar daddy apps and trap young teens and boys with their consent to get favors of sexual relationships and offer them money and luxurious life. Young girls and boys that cannot pay bills and fees of the university and running with other real-life issues become the victims of the rich sugar daddies and sugar mammies. Sugar daddies fulfill their sexual means and the sugar babies get paid the handsome amount of money until and unless the contract between the two gets expired. So, sugar daddies once get bored than they through money to other teen and get the advantage out of their poor life issues.

Georgia State student named Johnny Williams is one of the teen males is been involved sugar daddy relationship with a man that he met on dating website said “sugar daddy made him buy material possessions and as well as luxuries. It means all the teens that get involved in the sugar daddy trend are undoubtedly leading teens to adopt a materialistic approach.

How teens usually get involved in sugar daddy trend?

Young teens that used to of using technology in the shape of social media apps using their cell phone devices are digital citizens. However, the digital citizenship of teens and the typical parenting styles of their parents may lead them to find out sugar mammies or sugar daddies. When teens spend their most of the time on social media and dating apps due to negligence or typical parenting styles of the parents often leads young teens to find out someone that really cares and pamper them fully in terms of their needs. So, when teens meet online with sugar daddies and sugar mommies using dating apps they become agreed on the terms and conditions to get heavily paid on the cost of the sexual relationship with an old man or lady.

Therefore, texting, sexting and sharing their nude photos on social media make teens to find out sugar mommies and sugar daddies that buy them material and luxury stuff better than their real parents. Finally exposing sexually in front of an old lady or a man does not make a difference for them. Ultimately they are making a handsome amount of money and buying things they just dreamed off teens are getting involved in sacrificing their sexuality to sugar daddies no time ever before.

The sugar mama and sugar daddy trend are making parents as step parents. Because Male and female students running with their financial insecurities pushed teens to have the sugar daddy, according to the Le Figaro reports. The particular trend is been quite familiar in England and as well as in France where 7500 students have registered themselves on dating websites. The Sugar daddy scandal had come under discussion in the wake of Harvey Weinstein explosion that has triggered the huge debate in France and the United States and some part of Europe.

Paid dating sites on the rise

Seeking Arrangements is a kind of dating websites that encourage young students running with financial issues to find a “sugar daddies” to pay for schools irrespective of teens are really financially poorer or not. The websites have released a list about the sugar baby colleges, published the names of the universities whose students have signed up to become to sexual companions of the wealthy men and women to make handsome cash to live a luxury life. 58% of the students are signing up for the sugar daddy and getting $3000 a month without the consent of their parents.

Simply, parents should look after their kids and teen’s needs like and dislike. Moreover, they should guide young teens how to get their goals and aims in real life by battling hardships of lives rather than selling their virginities. Parents should monitor teen’s social media activities not use dating websites and apps to get involved in sugar daddies trend. Parents can set parental control on teen’s digital devices to stay updated about their real life and digital life activities. Parents can grow their children as they want to. But they have to perform parental monitoring on teens digital activities to prevent their encounter with the sugar daddies. 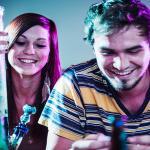 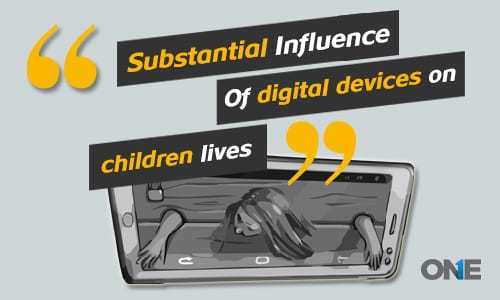