Our research has come up with a general assumption that every social media app or website, irrespective of their nature, usage, acceptability, and popularity, poses severe constraints and threats to the users. Good and evil go together on Facebook and WhatsApp. These two social media apps have become so much popular that millions of people use every day for communication and information sharing. This write-up aims at the parents who should be aware of the dangers of Facebook and WhatsApp along with the precautionary measures to minimize the negative off-shoots.

Before we discuss the dangers of both, we would let the parents know what Facebook and WhatsApp are. Facebook is a social media website that is totally free and accommodates millions of users either with original or fake accounts. The site offers entertainment and recreation to all the people. The forum has no strict policies when it comes to registration and account creation. The open access granted by Facebook team accumulates grave dangers associated with every activity and eventuality users do on the site. Likewise, WhatsApp is a free message service that operates when the smartphone is connected to the internet. The statistics regarding use and number of users on WhatsApp inform that this is the matchless and unbeatable SMS service in today’s social media world. Not only can a user communicate via SMS but sharing of pictures, audio files, videos, links and group creation is facilitated as well.

The brief introduction to the two social media apps would let the parents understand about these. Most of the parents nowadays use themselves as well, but the non-tech savvy parents would benefit out of these to gain know-how of their kid’s use of Facebook and WhatsApp. Though both the platforms are for improved communication and better connectivity, the policies of the either are favorable for many irrelevant factors as well. The irrelevant factors can be defined as the unwanted users, cyber bullies, sextortionists, extremist groups and other social media culprits. Here we have collected the common dangers of both that teens come across while using them.

As we have already mentioned anyone can access these forums for communication and non-strict policy regarding use becomes very favorable for the teens to join and start using. Facebook allows people with age of 13 and above while WhatsApp requires being 16 years old. This flexibility offers immense space to the teens to use the sites that are only for adults and young people. The content shared here is not controlled, and anyone can share any material. Porn stuff, sexual material, abusive content and such others are very common on Facebook and WhatsApp. Moreover, no safety measures regarding profile and setting of the account on users’ end invite cyber bullies to join them with anonymous accounts and exploit their rights.

The kids using these forums don’t know exactly who is behind a particular account unless or until they talk to them on live video but here they may seat anyone else as well. The point is, the teens are not aware who they are talking and anyone can send them a request or pick up contact number and get in contact on WhatsApp. This public use of Facebook and WhatsApp offers the bullies to become friends of teens, talk to them, use them, kill their time, get personal information and ultimately kidnap or pick them up for any awful activity.

Again the rules-free social media becomes a hub of information without their definitions. A teen who should have joined useful groups for educational and literary purposes become an addict of porn material and talks to the people who have been doing this for many years. Your son, daughter or kid may share personal photos and allow cyber bullies to attack and encounter them. The personal message option, INBOX, on Facebook is typically designed to talk privately. What happens here is not known to anyone but the two; who communicated. Dig out and find what wonders the kids have been through.

Tagging and Poking, Calls for Bullies

Facebook has a feature that lets a user tag the people in their lists. Once a friend gets tagged, that post or material shared becomes accessible to thousands of people and spreads rapidly. This is one of the serious moments that kids often commit. They are not conversant that their tagging is a direct call for cyber bullies and predators. Tagging lets anyone check out and visit the file of the person who tagged others while Poking is used to get the attention of users whom people want to talk or communicate with. It should be avoided.

Here we are presenting current stats that inform how many people use them daily and what number of information is shared on a daily basis. The stats are for the parents to understand that their kids are among millions of users and a direct target for anyone.

The above-given data reveals the whole story and we are going to recommend best solutions and precautionary measures parents can execute to enhance the safety of their teens and prevent them in getting into wrong hands. 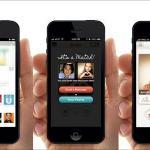 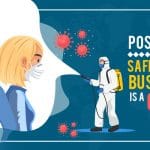 Post Pandemic World: Safety of Your Business & Family is a Question Mark? 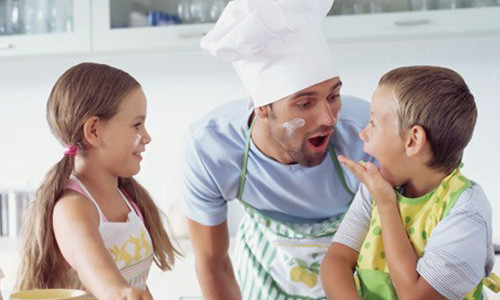