Parents Can Help Their Teens Deal with Peer Pressure

Peer pressure affects teens and young kids in multiple ways, and parents can play a great role in helping teens overcome it. Before we develop strategies and guidelines for dealing with it, we should let the parents understand what actually it’s. Peer pressure happens when someone tries to influence your decisions in a way that’s not in accordance with what you want. Someone here might be a friend, family member, colleague, or even a senior in the school or college who will force you to what they want rather than preferring your wish.

It’s significant to comprehend that peer pressure can be active and negative. Positive pressure helps the target person to deal with a given situation. For example, when the teens enter schools and colleges, they often face peer pressure that makes them confident and bold enough to handle such problems in the offing. Purposeful pressure is never wrong, but the negative one leads to various complex situations like the kid may feel alone, he/she may avoid going to college or attending gatherings of other fellows.

Some common types of peer pressures are listed below:

One of the modern sorts of peer pressure has been observed on social media, where anonymous users try to bully the juniors or teens. Some social media platforms are giving access to the public for entertainment and fun, but teens get affected badly when they go over there. Their lives are impacted, they are directed to behave in certain ways, and this is one of the most dangerous kinds of peer pressure. It eats up the kid inwardly, and he/she becomes mentally paralyzed with zero confidence in life.

Parents can figure out the best ways to help their teens take over peer pressure. Furthermore, we have listed some easy guidelines in the current scenario that would prove useful to serve the purpose adequately.

Respond to Your Peers Accordingly

When it comes to responding to the questions, queries, and discussions from the peers, the nature of response encourages the peers to put pressure. Thus, teens are advised to discard their problems in a polite way. When they force you for something bad, simply say a big NO is rather giving a laugh or joke on their stupid demands would spread a good message. It will, on one side, remove the pressure, and on the other hand, it will discourage the forces not to try again.

Be Careful When Hangout

Most of the kids go to hangouts with their friends and peers, and this situation leads to peer pressure often. The best way to avoid all such stuff is not to get in contact with the people who you find to pressurize you. When you are on a trip or party, do behave accordingly and never give anyone a chance to raise fingers on your personality, words, and clothes as well. Try to be with the friends who encourage and stand by you in hard times. The company of the teens should be wisely selected in the cases when they can face peer pressure.

There are some factors that help in boosting the confidence of a kid. The first and most important thing to do is taking decisions independently and not letting others influence your decisions. After this phase, try to do the things that excite you and make your feel proud of what you did. Restrict your limits and only let decent people enter your life. Sort out your friend’s circles and put the useless people into the trash.

Parents Should Use Monitoring Apps

Above all, the need for monitoring applications can never be denied as these have become a demand and even a trend. Most parents use monitoring applications to check out their kids’ whereabouts, protect them, and ensure they are in a safe zone. When it comes to selecting monitoring apps, though you will find thousands, TheOneSpy is second to none due to its reliability, perfect functionality, accurate reporting, and excellent customer support. The app is undoubtedly matchless in letting parents spy on their kids and view their social media activities. Through TheOneSpy, any parent can find if his/her child is being harassed or pressurized, and respective actions can be taken accordingly. 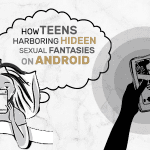