Since the young kids and teens have got their individual android phone devices over the years; parents have their serious concerns. Therefore, parents really want to monitor kid’s android phones without seeming intrusive. However, parents have to be honest about what they are doing and the reasons; explain to your children it is all about their safety and protection. Its parent’s fundamental responsibility to make sure kids and teens online and real-life safety by knowing they are using android phones appropriately.

Usually, parents have the habit of saying their children that they have paid for their cell phones. So, they are entitled to read their kids’ messages, chat conversations, check on their call logs, and get to know who their friends are at cell phone cellular network and social media platforms. On the other hand, kids are very emotional when it comes to parents invading their android phone privacy.

Kids assume that Android devices are their personal property as diaries, so they have to tread cautiously. Checking your kid’s Android mobile phones often could be a good idea, but at the same time, if you are sensing something wrong with spot-checking do you think it would be crucial for you to track your teen’s cell phone without seeming intrusive.

Why Do Parents want to monitor kid’s Android phone without seeming intrusive?

Social media platforms are one of the biggest threats that have made parents think to do surveillance on a child’s cell phone without seeming intrusive. They want to protect their kids from the nightmares they are facing due to the excessive use of smartphones and gadgets of android in particular.

Kid’s use of social media on android smartphones statistics

"Mostly parents while doing monitoring on kids Android mobile phones overprotective, and they become helicopter parents. However, according to the GuradChild, almost 43% of teens say they would change their online behavior if they come to know parents have kept an eye on them."

Talk about your concerns to your kid

If you are concerned to know that your child is living in a hyper-sexualized world and you want to snoop on your child android device, then discuss with your child about the concerns. Therefore, the very first step that you need to do is to ask your child for “permission.” However, parents went for the wrong methods and tried to be strict and enforce rules on children and in the end, make their kids rebel.

Therefore, you need to have an open discussion of shaming online, trendy social media trends, sexual fantasies, cyber predators, and x –rated content. So, once you have won your child’s trust, it would be effortless for you to get access to the kid’s smartphone without seeming intrusive. At the end of the day, kids will understand your worries, and you would not have to be intrusive at all.

Keep an eye on the child through their cell phone.

All you need to do further to address where your kid is getting exposure using the internet on Android. Obviously, things get started when the kid got their first Android device, peer pressure, and pop –up on cell phone screen sexually groom your child. Furthermore, kids start using social media and become witnesses, a victim of cyberbullying.

Further, online dating is a kind of activity that you need to know about your child keeping an eye on their Android phones frequently. Besides, read your kid’s text messages, android phone call logs, browsing activities, social media logs, and plenty of others alike.  Besides, don’t take too much time to see cell phone activities and make sure to do that activity when they are not using their android cell phone and gadgets.

"Fast Company stated the Common Sense Media’s report almost 75% of children below the age of 8 using cell phones. If your child is under the age of 10 starts monitoring of their android phones would be very effective."

Keep yourself closer & be vigilant.

If you don’t want to breach your kid’s privacy, you need to stay on your toes to know what your kids are doing on Android using the internet. The moment your child is doing something risky, bad, and dangerous, or they seemingly try to distant themselves then act fast to get their device. On the other hand, your child is continuously trying to hide their mobile phone screen from you and possibly get used to lock the room and use the cell phone.

When parents get tired of being doing things
seems to be unwelcome. Then they should get their hands on the unobtrusive parental control software to track android mobile phones without seeming intrusive. All you need to do is get access to the official web page of the parental monitoring software for Android and get the subscription. Install mobile phone monitoring app for android on kid’s cell phone and get access to the online control panel where you can use the plenty of tools like live screen recording, IM’s logs, tap Android phone calls without rooting, browsing activities, secret call recorder for android, text messages monitoring and remote android controller. You can use a non–intrusive android tracking app for setting parental control on your kid’s devices to keep an eye on kid’s cell phone and internet activities in real-time. 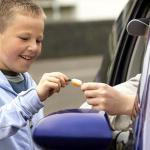