The contemporary Android smartphones are very fascinating and these microcomputers have enough storage and as well as the power to have entire digital lives in them. However, if it is not able to stay fit in the android phone, and then it certainly does in the cloud. Information: contacts, incoming and outgoing calls logs, pictures, messages, and browser data and as well as others storage data in terms of music, images, and conversations live inside in the nifty android digital gadgets such as cell phones and tablets.

It may be convenient for the users, but it leaves the doors open for the intruders in terms of hackers and other digital attackers that are always try to lurk get your personal information. On the other hand, young kids and teens are harboring hidden sexual fantasies on android. So, it seems veered, but very concerning when it comes to digital parenting. None of the parents want to harbor teen’s sexual fantasies on their Android smartphones where they store or share private data and ultimately they have to face brutal embarrassment.

“Sexting among teens using cell phones is undoubtedly magnifying sexual fantasies harboring on digital devices and assume to be a star of their own world, and boys get locked in the room bragging about sexually explicit conquest. It is the perfect storm of the contemporary technology and hormones, “Lori Andrew, director of Institute for Science, tell Nina Burleigh in rolling stone. So, android technology is the current specter on the Horizon of sexual fantasies of teens.

Uses of social media apps on cell phones of Android have become a common practice among young kids and teens. So, teens use trendy social messaging apps on Android because of so many reasons. From sending text messaging to chats conversations and from sharing sexually explicit photos and videos is one of the most regular and time taking activities young kids and teens are doing using their mobile phone devices connected to the cyberspace. The posting of hyper-sexualized content among teens is increasing day by day. On the other hand, all of these sorts of activities of the teens happen through cell phones connected to the cyberspace and the parents remain of the activities. Teens use instant messaging apps and do activities all day long and often got trapped by the cyber bullies, stalkers and sexual predators. Therefore, the social digital world let teens to harbor sexual fantasies on android secretly. The very concerning thing for parenting point of view teens may or may not know about the good and the bad of social networking apps when it comes to sexual fantasies.

Almost half of teens & tweens worldwide say they have a nude, or partially nude, photos sent to someone online using cell phone, According to the survey.

Recording the Action and to Harbor Sexual Fantasies on Android

Recording of your sexual pleasure with the boyfriend and girlfriend has become a fantasy of modern teenagers. They use their cell phones front and back cameras and record all the erotic activities happen between the two lovers and later get turned on by watching their pre-recorded self –obscenity based videos. There are a numbers of cases happen worldwide where love birds get involved in the record the action activities and later they have forgotten to remove the sexually explicit data on the phone and due to some odd reasons someone makes it viral over the web. There are cases where victims lose their lives due to continuously slut shaming remarks made by the general public. However, no matter what consequences this action may bring recording the action is still popular in teens and they are harboring on their digital devices.

So, cyber experts say recording the action on cell phone is UN-save as sex without protection.

If you think only men loves to be “Peeping Toms, then you are mistaken. In fact female teens more enjoy this kink to the fullest!

The digital technology in terms of cell phones having internet connectivity has made teens to document their lives online. Teens love to share and post their photos, updating their status messages, share rapid-fire text and today the latest example has been in the news in terms of sexting. When user’s online take and send sexually explicit photos of them and send sexually revealing messages through text messages, it is known as “sexting”. However, experts have different opinions and statistics has revealed that sexting is a teen’s reality that’s here to stay.

Today young kids and teens sext because to show off, to entice someone, and to show interest in someone and as well as to prove commitment. Young teens most of the time being in a relationship does such things being in the pressure of their partner send sext photos and messages. However, contemporary social media apps have made teens to unveil their sexuality by using mobile phones. On the other hand, android cell phone technology still stands for almost 85% of the devices and even after 10 years being the world’s greatest cell phone technology manufacturer coming up with the latest Android smartphones. Young kids and teens love to use Android OS and therefore teens are harboring hidden sexual fantasies on android till date.

Sugar dating is the latest trend that is been prevailed young generation worldwide. Young girls make agreement with the people who are rich and can fulfill their financial expenses in terms of tuition fees, residential expenses and all other luxuries which a sugar babies can enjoy. In exchange, young teens give sexual favors to their sugar daddies. Sugar daddy websites are available on the web where poor young male and female teens got themselves registered and then find a sugar daddy to live luxurious lives and get paid with the exchange of sexual favors. Moreover, young teens also get involved using social media apps on their cell phones and get involved hookups using dating apps like tinder, Snapchat, and others alike.

According to the websites stats that provide sugar daddy or sugar baby services, in U.S alone 10 million members have been registered and 20 million from worldwide.

What Should Parents Do?

Simply parents can protect teens from all kind of sexual fantasies of teens that ultimately put teens in trouble at the end of the day. The contemporary suicide weapons in terms of android mobile phones that are responsible for all kind of vulnerabilities online for teens: should be monitored. Parents need to update each and every single activity of the teens online using cell phone connected to the cyberspace. Parents can monitor each and every single activity happens on teen’s cell phone likewise text messages, cell phone calls, shared multimedia, social media apps logs and others alike. All parents just need to set parental control on teen’s cellphone devices.

By setting parental control, they will be able to record and incoming and outgoing calls with secret call recorder for android. Moreover, parents can spy on text messages with text messages spy app. However, parents can record screen activities with live screen recorder for Android and get to know the activities happen on social media apps, chrome screen activities, emails, and SMS screen recording reveal everything to the parents. Furthermore, parents can use android parental control app to view logs of social messaging apps such as text messages, text conversations, audio, and video conversations, shared media. However, parents can remotely control the android devices of teens. You can view the installed apps, block text messages remotely, block incoming calls remotely and as well as block internet access of teens on android to the fullest.

"Cell Phone use having internet connection pushing teens to harbor sexual fantasies and Android smartphone technology is at the top. Parental control for android is the only tool that can make a difference in teen’s safety online" 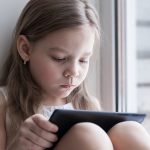 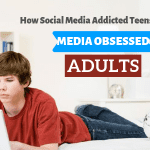