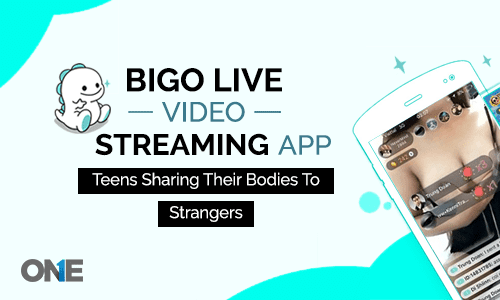 The inventions of cellphone and internet have changed the life course of human beings. Social media apps on the other hand where empowers users to communicate online with loved ones and family members and even use it for a business perspective. The smartphone technology, social media and internet as a whole over the years are continuously shaping teens ideas about pleasure, intimacy, and power as well.

What is Bigo Live?

It is basically a live-streaming application that is available on the Google Play store worldwide. Moreover, it stands top ranking in the Singapore App store for five days unless the Pokemon Go has taken its place on August 6, right on the Google play store. It only requires a mere strap to get started for live video streaming. So, when the user starts using it, they will get plenty of rewards out of it that really make it fascinating for the young users. The rewards are in plenty of forms from other users on the app.

Other users buy diamonds in order to get stickers for items like flowers, ring, and supercar and give it to the users they really like. The diamond which users purchase online by using the app can be converted into real money. Because diamonds and flowers are apps online currency that one user can share with the other ones for different reasons and then receives when got enough apps. Every single item will be added to the streamers “bean” count and once the user reached the 6700 beans then the user can convert it into the real money. However, 210 beans are equal to $1.36. However, a dark side has hit the app and today, strangers and online streamers telling teens to show off their bodies on Bigo Live.

Kind of like Twitch and YouTube, BIGO LIVE lets teen’s stream live video of themselves that other users can see and comment on in real time. You can also receive and send “Beans” — BIGO’s term for virtual gifts — that cost real money. You can level up and improve your ranking by logging in every day and sending gifts. The platform is designed for people who supposedly want to get famous, but it seems to be filled mainly with people competing for gifts.

Teens are streaming live video of themselves that other user keeps an eye on and also make comments in real –time. Moreover, they can send/receive beans in terms of Bigo Virtual gifts –that cost real money. The platform was designed for the people who want to become famous, but nowadays it seems like people are competing for gifts and get girls without clothes, according to the report of CNN.

How Bigo Live is Dangerous for Teens and Tweens?

There are multiple factors that have made this live video streaming app quite dangerous for teens. Once you have got to know about the activities of teens on the particular app you may forget about Snapchat, Instagram and dating app like Tinder. Let’s talk about dangerous stuff about the Bigo Live app.

Bigo live app could end up with the sexual grooming for teens – and as well as befriending and creating an emotional connection between a young tween to a lower child’s inhibitions that turns to sexually abusing the child. Moreover, Tweens are harboring sexual fantasies with the use of Bigo live on their smartphones having internet access, according to Dr. Lim Leng, psychiatrist at Gleneagles Hospital.

The users get involved in predatory activities in terms of bullies online, stalkers and sexual predators that can ask for teens to show off their bodies and keep going for it. Ultimately, users ask teens to meet them in real –life.

“Teens and tweens are more like to be susceptible to that kind of requests as they turn to be more impulsive. “Dr lim added that. App can further encourage teens to be narcissist, he further added that.

Today, young tweens are at the point where they don’t bother for the ultimate consequences even compare to the adults and they think they don’t need anyone’s permission including their parents. However, they even don’t consider themselves as children. So, they always try to get more likes and comments and want to get gifts and probably monetary rewards may entice young steamers.

The Live streaming of a young user enable another user to say something negative, so one negative or bully remark may trigger a bullying online conversation over the video of a teen doing something obscene in the video. Therefore, due to live streaming of an app may result in more dangerous than the typical social messaging apps like Facebook, Instagram, a
nd Snapchat that need time for certain comment.

The Famous Live Video Blogging app is full of Nude Content and these days it is quite popular in multiple Asian countries compare to others. Men always seem to flock to live stream of women replying to their comments and video calls. So, a rapid glance of the app shows multiple thumbnails featuring as inappropriate images of teens and teens. You can see such adult content in this app where young teens are focusing their cell phone camera on her chest wearing her nightgown.

Furthermore, a cell phone number may display on the screen that demands a certain amount of money in her Paytm account, after that the girl will make a personal video call on WhatsApp for further showing off their bodies. On the other hand, you may have seen so-called messages on the screen that Bigo don’t encourage for drug abuse, adult content, and nudity

What Should Parents do to Protect Teens From Bigo Inappropriate Activities?

Digital parenting has become an important responsibility for parents. So, parents usually use digital parenting app to monitor social networking apps. On the other hand, apps like Bigo that serves for a user as a live video streaming platform where text messages displayed on the screen. Therefore, typical parental control software remains parents helpless to counter with the video blogging apps. However, with the advancement of the technology you can also monitor each and every single activity happen on the target device installed video streaming apps no matter what if messages and conversations received on video screen only. Simply, parents can remotely record Bigo screen with the use of Live Bigo screen recording app.

It empowers parents to make short videos of the target cell phone device screen back to back. Moreover, parents can get access to the live Bigo screen recording software online control panel to view the live recorded videos of the live video blogging app and get to know the real –facts about teen’s activities. Moreover, parents can remotely control teens Bigo video blogging, it simply allows the user to block internet access on the device and live streaming will be stopped within no time. 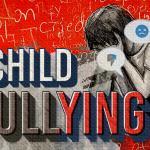 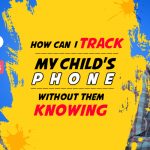