Dual SIM Android phones have considered very useful for the people that want to have to SIM Cards on a single android phone device. They want to use both of the SIM Cards at the same time in the single android cell phone. The reasons behind using two SIM Cards is supposed to be set the Data is to use from carrier A and phone calls, text messages and other activities with carrier B. However, there are number of users that used to of using two SIM cards in order to save money in such as a way that they use one out of two for data usage and the other one could be cheaper for making phone calls, text messages and others.

So, they enjoy two cell phone numbers on single android phone device and share activities on both of the carriers. Moreover, the people that are facing a problem of dual SIM spy on Android phone and they are searching for the app that empowers them to spy android device with two carriers.

Is it Possible to Spy Dual SIM on Android phone?

Yeah, it is quite possible that you can possibly spy on Dual SIM cell phone of android. However, you have to choose the best cell phone spy app in order to monitor both of the carriers running on your target mobile phone of Android OS. A user, usually go for the freeways to spy on the target phone and they tend towards the monitoring apps that claim to track target phone for free.

But in reality, these types of cell phone spy for android do not seem the way they claimed to be the best cell phone spying software. It is also possible that while tracking your single SIM Card phone, you may lose all of your data or break down your own mobile phone. Then what you will expect from these types of bluffers and scammers to spy on multiple SIM Cards android phone. Obviously, you will get nothing, but disappointment or at the same of time you will be monitored through your own supposedly free remote monitoring app for Android.

How to get TheOneSpy for Dual SIM spy on android phone?

First and foremost, you have to visit the official website of cell phone spy app for Android. Then you need to subscribe to it and you will get the credentials. Now you can install the android phone monitoring software on your target Dual SIM phone of android. The moment you have installed the Dual SIM spy app on your target Android smartphone successfully, the very next moment you have to activate it on the phone. After that, all you need to do is to get access to the online control panel of the android cell phone surveillance software online control panel using the credentials.

Is there any difference to use TheOneSpy for Dual SIM spy on android?

There is no such difference to spy on any Dual SIM Android phone compares to spy on any single SIM Card phone of android. In short, it will have the same treatment like you can get Dual SIM change notification spy to your dashboard. It means it does not make a difference for the android spy app user to monitor the target cell phone of Android that contains more than one SIM Card. However, there are few things to keep in mind while to use android tracking app to dual SIM spy on android phone.

Once you have got the access to the target Android phone control panel, all you need to do is to use the android spying app tools. Now you can use all of the android surveillance tools with accuracy and efficiency. But Once you tracked the target dual SIM android device, you will not be able to differentiate that the data logs you gave got through your android cell phone spy online control panel either it belongs to the carrier A or B. But you can get the detailed information about your target android phone SIM cards such as user can spy on calls and can record and listen to the calls in real-time and save it to the online dashboard and get access to the recorded material but cannot find out on which particular SIM Card logs you have taken with android monitoring software.

Furthermore, you can spy on text messages sent or received on the target Dual SIM spy android. You can get your hands on iMessages, text messages, MMS, SMS, and others. But you cannot find out from which SIM card your target user has sent or received the text messages. Similarly, you can spy on IM’s social media of the target Android phone and user will get IM’s logs such as chat conversations, shared media files such as photos and videos and Voice messages.

However, with TOS spy 360 can help out a user to some extent that on which particular SIM card the phone calls, text messages and other SIM card activities has made by the user on target android phone. TOS spy 360 live screen sharing help out user to hack the screen of target Dual SIM android phone and can view that from what particular SIM Card user has made calls or sent or received text messages. Because it empowers the user to share the screen of the target Android phone live to the online control panel.

TheOneSpy is the best spy app to Dual SIM monitoring on android phone and user can treat it similarly for single SIM phone. You can spy on it for digital parenting, employee monitoring and to catch cheating spouse. 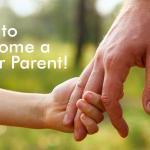 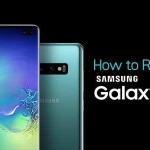