The social media apps have created a mess for parents over the years, but the discord app has doubled the worries for parents. Do you know why? You might not know how voice chat, text, and video chat are dangerous on the Discord messenger app. Experts are warning parents not to let their minors use the social messaging app using internet browsers on PCs and mobile devices. Teens use the Discord app to spend a handful of time together. Young kids are more likely to create school clubs, art communities, and gaming groups on social networks. However, teens are making themselves vulnerable to public chat communities, called “servers”. So, parents look forward to spying on the Discord messenger app to supervise teens for their online safety. Before we guide you about safety, know something that is the key to kids’ online safety.

What Exactly Is The Discord App?

It is a communication app that keeps a hybrid between the chat room and Skype. The purpose of the public community app is to enable Gamer to collaborate without losing the game’s processing power. Discord app has voice and text on the go, customized channels, categories, roles, and permissions. Discord app is a free voice, video, and text chat app for Gamers, school clubs, and art communities. Gamers can overlay the app directly on the video games in do chat with one-on-one chat room.

General social media apps provide users public area for feed, but the Discord app is free from it.

The social messaging app has closed groups called “servers are known as “discord”.

Users can create servers, but directory servers are not available.

Your friends will let you join their servers to chat, voice chat, and video chat while playing video games. The social app has become popular among gamers and art communities worldwide.

The Dark Side Of Discord, A Popular Voice & Video Chat App For Teens

Young teens that are good at playing video games are more likely to find their way to the Discord chats service. Your child could face bad and ugly racist memes. The free social messaging service is easily accessible on cellphones and PCs.

What Parents Can Do To Safeguard & Supervise Teens On Discord?

Parents should opt for TheOneSpy parental spy apps to monitor cellphones, PCs, and computer devices active with the dangerous apps, like Discord.

Here are the spy solutions that you can use on your target phones, tablets, and computer devices to protect your teens 24/7.

Worried mothers can safeguard teens from online predators on social platforms, like Discord can use the spy app for android. You can install an app called TheOneSpy on cellphones and tablets connected to cyberspace. Users can access the dashboard to activate the following features to spy on discord messenger on another phone.

Screen-time: You can block every social app on your phone that you wish to remain un-active. Parents can limit screen time from 1 hour to 12 hours to prevent teens from accessing Discord on android phones.

Discord Screen recording: parents can record cell phone screen back-to-back short videos and save the data to the web control panel. You can download the videos and see what your teens have done on the Discord VoIP messenger app.

Screenshots: schedule screenshots on your target phone active with the Discord social network and take screenshots after every 15 seconds to see the valuable information about the teen’s activities.

Installed Apps: Parents can examine cell phone installed applications with names. You can view if your child has installed the discord app without your knowledge.

Discord VoIP Spy: Users can record and listen to the VoIP calls on the publishing community’s platform –Discord without rooting the target cellphone device with the Discord VoIP call recording app.

Other Features to Spy on Discord App

Windows spy software is one of the best services that TheOneSpy has introduced for parents that want to spy on their kid’s laptops and desktop devices. You can configure the windows monitoring solution on another PC to supervise your children and snoop into their activities on the Discord app. Here are the features to use on target PCs to prevent teens from inappropriate activity on a popular chat app for teens.

Block websites: Windows spy empowers you to block inappropriate websites that enable kids to interact with online predators through voice, text, and video chats. You can copy the URL of the website and paste it into the filters to block teens’ access to the discord app.

On-demand screenshots: You can schedule screenshots remotely from the dashboard on the Discord messenger app. It captures screenshots back to back and sends the data to the online dashboard. You can download the data to prevent sharing nudes, chats with predators, and VoIP calls activity.

Screen recorder: Screen recording on the Discord app has become possible with the best windows monitoring solution. You can record PC screens to watch real-time activities on PC screens active with the public communities’ social network.

Browsing history: Mothers can monitor browsing activities and know about the visited websites, like the Discord app. You can also watch bookmarked websites.

Other Features to monitor Discord on PCs

The computer monitoring software is one of the few spying tools that enable users to monitor and watch their teen’s Discord activities on MAC laptops and desktop devices. Are you a single mother looking forward to spying on chats, voice chats, and video call activity on MAC? You can install the TheOneSpy Mac spy app for computer monitoring to protect teens. Here are the features to monitor social media platforms on a computer device:

Features to spy on MAC computer to monitor Discord app

You can spy on the Discord app on another computer device. Parents can stop kids from inappropriate activities on discord using computer monitoring software.

You can block websites, capture chat keystrokes, and watch the live activity on discord using a screen recorder for a computer device. Parents can also capture screenshots and listen to the surroundings by taking over the target phone microphone.

How Do Sexual Predators Lure Teens On The Discord App?

Do you know how online predators could trap your teens on the Discord app? Here is the CNN reported news story about the dark side of the discord social app that every parent should read and opt for discord spy solutions to supervise children.

A single mother in Washington State has seen her daughter on Discord, a popular social messaging platform. The mother thought her daughter created an account to chat with their high school marching band.

Irrespective of that, in September, the mother dramatically discovered a 16-year-old tween using VoIP calls audio-video with an older man.

The stranger has introduced himself as a British citizen. Stranger added her daughter and members of the school band.

The young girl has met with the older man through a private thread and became friends with him.

After a couple of days, the stranger asked for nudes from her daughter.

Mother was shocked to see that her daughter obliged the request.

The mother has snooped into the chats manually. The Disturbing thing was that her daughter shared photos of her house and school information.

So, the stranger has all the information about the home, location, school, and dozens of nudes of her 16-year-old daughter.  The suspected predator has also got the pictures of her daughter’s friends.

Finally, the mother becomes worried, and know-how Discord users have groomed her daughter. Mother has shut down the Discord account and so many efforts to install the outdoor security cameras to monitor her house 24/7.

Experts Warn Parents Not To Let Kids Use The Discord App

The new instant messaging app is sweeping the web, and young teens are more likely to sign-up on the discord app. Experts have warned parents to stop or supervise teens when they use new popular messaging apps –discord on their phones and PCs connected to cyberspace.

It is a social platform that enables teens to use VoIP, text messaging, and voice chatting app that is best for many explicit means. It has gained popularity through famous gaming systems like Xbox and PlayStation. Teens can use the discord app on their smartphones and computer devices.

Discord app is the new social platform that enables users to create clubs, art communities, and school clubs using cellphones and PCs. The social platform has become vulnerable to teens because predators have access to young children. Parents can snoop into their phones, PCs, and computer devices to get insight into the teen’s activities on the Discord app. TheOneSpy is a parental spy app that guarantees you to monitor and record text, voice, and video chats on a public community’s platform –Discord. 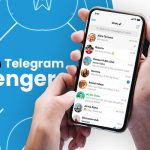 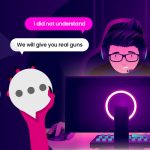 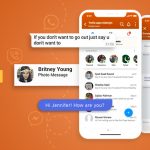 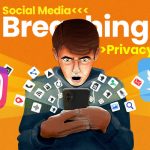 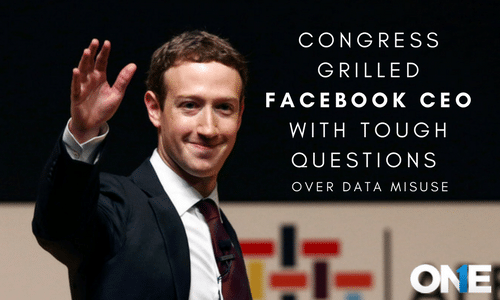